Sen. Bill Nelson (D-Fla.) said he’ll file the legislation when Congress returns from recess next week. It wasn’t immediately clear if Nelson, a member of the Senate Armed Services Committee, would introduce the measure as stand-alone legislation or as part of a larger defense spending bill. He previewed the legislative move the same day that the militant group Islamic State of Iraq and Greater Syria (ISIS) released a video purportedly showing the beheading death of American journalist Steven Sotloff—footage that, if authenticated, would be the second such video showing the group executing an American journalist in as many weeks.

“This will ensure there’s no question that the President has the legal authority he needs to use airstrikes in Syria,” Nelson said in a statement. “Let there be no doubt, we must go after ISIS right away because the U.S. is the only one that can put together a coalition to stop this group that’s intent on barbaric cruelty.”

ISIS has for months been mounting attacks and capturing territory across Iraq and along the Iraq-Syria border. American airstrikes have slowed and in some cases reversed the group’s progress in Iraq, but ISIS has continued to wreak havoc in Syria. 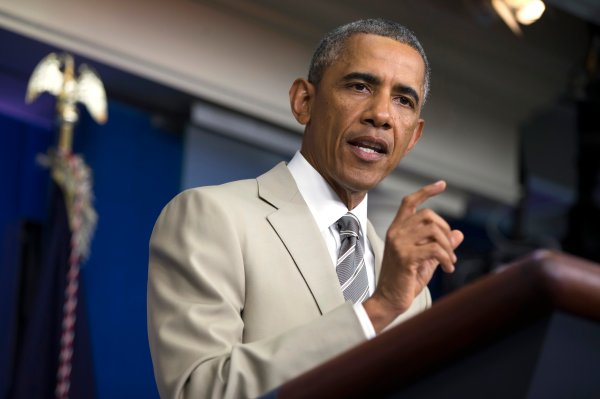 Obama: 'We Don't Have a Strategy Yet' for Fighting ISIS
Next Up: Editor's Pick