US freelance journalist Steven Sotloff during a work trip inside Al-Fateh Mosque in Manama, Bahrain on October 26, 2010.
Mazen—EPA
By Zeke J Miller

A video released Tuesday by the militant group Islamic State of Iraq and Greater Syria (ISIS) shows the beheading of American journalist Steven Sotloff, the U.S. government determined early Wednesday, marking the second time ISIS has killed an American journalist in as many weeks.

The video was first obtained and released by the SITE Intelligence Group, which tracks the online activities of terrorist groups, and was determined to be authentic by the U.S. intelligence community according to a statement from National Security Council spokesperson Caitlin Hayden. The video, which TIME is not publishing, is similar to the video released last month of an ISIS militant killing American journalist James Foley. It depicts Sotloff, clearly under duress, criticizing American foreign policy before a warning from his masked killer and a threat to kill another foreign journalist.

“You, Obama, have but to gain from your actions but another American citizen,” the masked killer says into the camera, addressing President Barack Obama. “So just as your missiles continue to strike our people, our knife will continue to strike the necks of your people.”

“We take this opportunity to warn those governments that enter this evil alliance of America against the Islamic State to back off and leave our people alone,” the militant says.

Sotloff, a freelance journalist who had written for TIME among other outlets, had been held by ISIS since he was taken captive in Syria more than a year ago.

President Barack Obama condemned the killing Wednesday during a press conference in Estonia, saying the nation’s thoughts are with Sotloff’s family. “Whatever these murderers think they’ll achieve by killing innocent Americans like Steven, they have already failed,” Obama said, pledging that the U.S. will not rest until Sotloff’s killers are brought to justice. “We will not be intimidated, we will not forget,” Obama added, “and our reach is long, and justice will be served.”

“We are shocked and deeply saddened by reports of Steven Sotloff’s death,” TIME editor Nancy Gibbs said in a statement. “Steven was a valued contributor to TIME and other news organizations, and he gave his life so readers would have access to information from some of the most dangerous places in the world. Our thoughts and prayers are with him and his family.”

ISIS has for months been mounting attacks and capturing territory across Iraq and along the Iraq-Syria border, even in the face of American airstrikes. The U.S. launched a raid in Syria in an attempt to free Foley and Sotloff earlier this summer, Pentagon officials said after Foley’s death, but American forces did not find the captives at the target location. Following Foley’s execution, the U.S. officials began considering expanding the air campaign against ISIS in Iraq and into Syria. 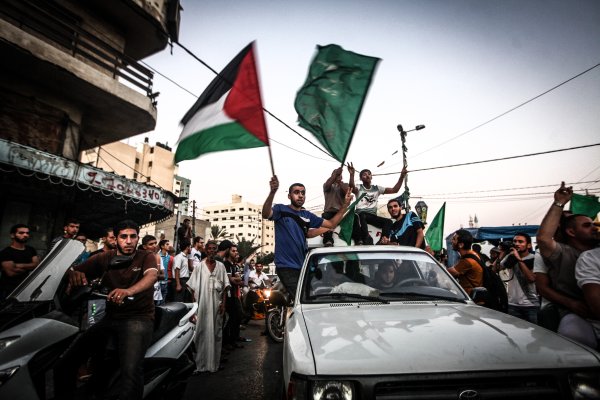