Training Your Brain Could Make You Prefer Healthy Food

Which is more appealing: cheese pizza or salad? For many, the lure of lettuce hardly matches that of greasy comfort food, but new brain research from Tufts University published in the journal Nutrition & Diabetes suggests that reconditioning can train adults to prefer healthy food and shun the junk.

“We don’t start out in life loving French fries and hating, for example, whole wheat pasta,” said study co-author and Tufts University professor Susan B. Roberts in a press release. “This conditioning happens over time in response to eating – repeatedly! – what is out there in the toxic food environment.”

The researchers studied the brain scans of 13 people, then assigned eight of them to a new behavioral intervention geared toward weight loss. The program taught lessons on portion control and distributed menu plans geared around specific dietary targets, encouraging people to get 25% of their energy from protein and fat and 50% from low-glycemic carbohydrates, with more than 40 g of fiber per day. After six months either on or off the program, a second round of scans showed the part of the brain associated with addiction and learning had changed in people who participated in the program and stayed the same in the control group. That brain region appeared more active and sensitive to healthier foods and less sensitive to caloric foods among people in the weight-loss group.

Though the study acknowledges the need for further research, the findings suggest that it may be possible to recondition our cravings from cheese puffs to carrots. “Our study shows those who participated in it had an increased desire for healthier foods along with a decreased preference for unhealthy foods,” co-author Sai Krupa Das, an assistant professor at Tufts, said in the release, “the combined effects of which are probably critical for sustainable weight control.” 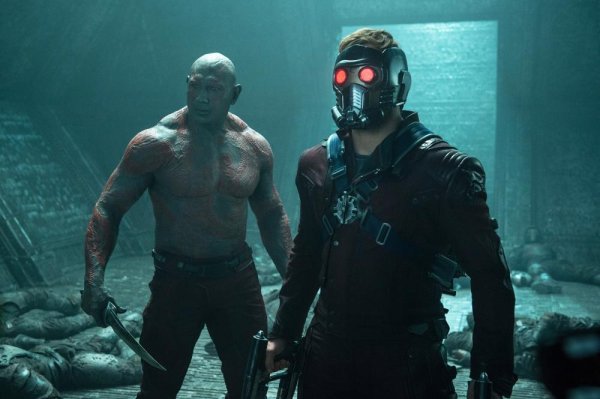 Action Movies Make You Eat More
Next Up: Editor's Pick