Laura Jane Grace is the most visible transgender woman in music today, but that doesn’t mean the Against Me! frontwoman has it all figured out. In her upcoming AOL Originals series, True Trans With Laura Jane Grace, the rocker travels around the country and meets with a number of transgender men and women to talk about their hardships, coming out, transitioning and just how messy the idea of gender can be.

“The opportunity I had while shooting this show was nothing short of tremendous,” Grace says of the show, whose trailer premieres exclusively on TIME today. “Getting the chance to listen to other people tell their stories of how life shaped their identities and views on gender couldn’t help but further inform my own understanding of just how complicated and also how simple all of it really is.”

The 10-part documentary series, which kicks off with four episodes on October 10 in honor of National Coming Out Day, also takes a look at Grace’s life as a mother, wife and rock star since she came out as transgender at age 31 in a 2012 Rolling Stone profile. True Trans closes out a banner year, not just for transgender visibility in the media, but also for Grace and her band: in January, Against Me! released its sixth album, Transgender Dysphoria Blues, which heartbreakingly chronicles Grace’s struggle with gender identity — and whose ferocious track “True Trans Soul Rebel” also lent the show its title. 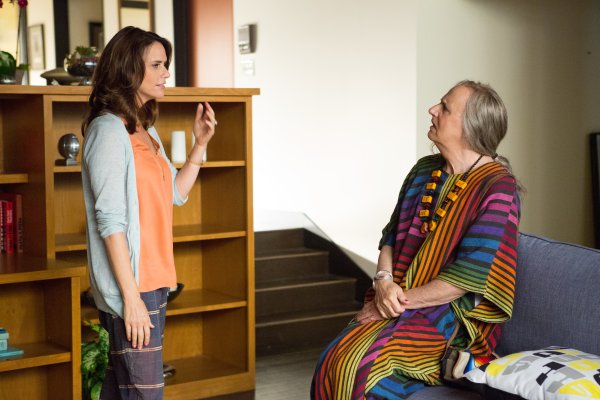 Fall's Best New TV Show Is Not on a TV Network
Next Up: Editor's Pick