A resident of the West Point neighborhood, which has been quarantined following an outbreak of Ebola, receives food rations from the U.N. World Food Programme in Monrovia, Liberia, on Aug. 28, 2014
Reuters
By Elizabeth Barber

The Ebola epidemic that has killed some 1,550 people in West Africa since March is now expected to whittle the region’s food supply, the U.N. Food and Agriculture Organization (FAO) said on Tuesday.

The FAO is warning that food prices in Liberia, Sierra Leone and Guinea — the three countries most stricken by the disease — are projected to rocket, in part because of restrictions on movement throughout the afflicted region, Reuters reports. Those restrictions, while attempting to keep the lethal epidemic contained, are also preventing vital supplies from getting where they need to go.

Quarantines designed to prevent the disease’s spread have also curtailed supplies in some West African communities, spurring terrified households to rush on food stores and pushing commodity prices ever higher, the FAO said.

Harvests of rice and maize — the production season for both is just weeks away — is expected to be less than usual, since the same movement restrictions will also prevent farms from acquiring the required labor, the FAO said.

Meanwhile, migration restrictions have also precluded some traders from putting their goods on the market, leaving both farmers and middlemen without cash to feed their families.

“Even prior to the Ebola outbreak, households in some of the most affected areas were spending up to 80% of their incomes on food,” Vincent Martin, head of an FAO unit in Dakar, Senegal, said in a statement. “Now these latest price spikes are effectively putting food completely out of their reach.”

The price of cassava at one market in Monrovia, Liberia, sprung upward 150% in the first weeks of August, the FAO said.

For short-term relief, the U.N. World Food Programme and FAO are expected to launch an emergency program to deliver 65,000 tons of food to 1.3 million people in the affected region. 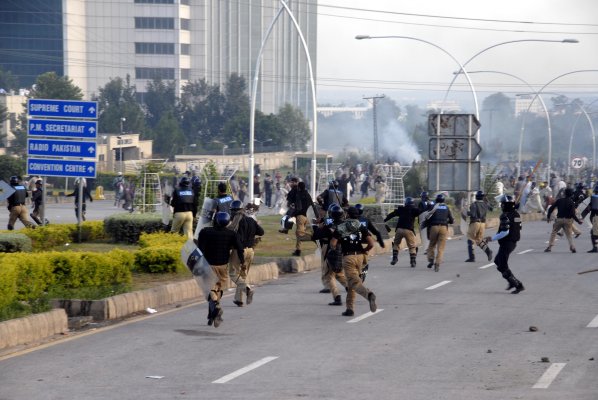 Pakistani Army's Role Being Questioned
Next Up: Editor's Pick