Multiple monitoring groups reported Thursday that Syria was cut off from the Internet, marking the second time in a month that the war-torn country has gone dark.

The Internet monitor Renesys said 95% of Syria’s networks went down beginning at 8:26 ET. Google also shows traffic from the country dropping around that time and picking up only around 3:30 p.m.

Internet blackouts occur with some frequency in Syria—the last reported instance was Feb. 20, according to Mashable—and have in the past coincided with Syrian military operations, though the government typically blames technical problems.

A Renesys researcher, Doug Madory, told Mashable that the link from Aleppo to Turkey was the only working connection, which “is consistent with outages over the past few months.” 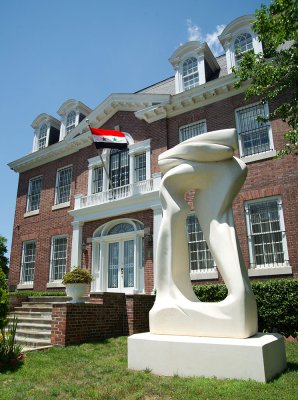 U.S. to Syrian Diplomats: Get Out
Next Up: Editor's Pick