In Kansas, as in many states, lawmakers are wrestling with how to make personal finance instruction part of the school day. The pushback from those opposed or who favor only half measures reached a comical and illustrative standoff in recent days.

During debate, Rep. Ward Cassidy, a former school principal, took exception to an amendment that would have required Kansas’s students to pass a one-semester course on things like budgets, saving and investing. To drive home his dissenting view he offered a proposal of his own: Let’s also require kids to learn how to deliver a firm, professional handshake—and guess what, it passed.

“Hey, if we’re going to make kids do something, let’s make kids do something that really is good,” Cassidy said, according to a report in the Topeka Capital-Journal. To be fair, Cassidy said his amendment was “somewhat facetious,” and pretty much everyone in the statehouse expects the amendment to be stricken from a final bill. But that didn’t stop Cassidy from speaking for five minutes on handshakes that are too strong, too weak or lack eye contact.

The point, he said, is that schools cannot be responsible for all a child must learn. Presumably, he wants financial education left mostly to parents. Again, according to the Capital-Journal, Cassidy explained, “I wish we could make a bill where every student would have somebody who loves them…It seems like every time there’s an ill that’s in society we’re going to find some way to make schools do a better job. I sort of have frustration with that.”

The debate that day took several turns. Rep. John Bradford spoke in favor of financial education, and said failing to require it would put kids “on a glide path straight to jail.” This comment elicited derision from the other side. “Ridiculous,” said Rep. Tom Burroughs. Okay, the glide path comment might have been overdone. But our jails really are filled with people who lack opportunity, and not understanding basic money concepts certainly qualifies as limiting.

Others argued there is no room in the school day for a stand-alone course in personal finance. For example, said Rep. Melissa Rooker, her own son was much too busy with college prep courses. She described him as “a student without a window in his schedule.” That view reflects a common blind spot. When something is important you make room for it. And what about the 70% of kids that are on a different course in life, one that does not include a college degree? They won’t have time and may not have the inclination to figure things out on their own before debt starts to consume them.

Nine in 10 high schools now offer a foreign language course; many have it as a requirement. Why? In the last few decades we collectively have decided that learning other languages gives students a competitive advantage in a global economy and helps build valuable cultural understanding. More recently, we’ve begun to offer more computer science courses. Why? The new economy demands these skills. So there is precedent for introducing new lines of study that emerge as critical. There is precedent for making room.

Interestingly, to make room for computer science at least some schools have called it a foreign language, allowing students to choose between, say, Spanish, and writing code. That’s one way to find a window in a busy prep student’s schedule. Another is to embed personal finance lessons in existing courses, which has its challenges but can work and is the direction that Kansas and other states seem to be headed.

The state-level debate in Kansas mirrors the national debate. Should saving and investing be part of what kids learn in school? Well, if they don’t learn it there they probably won’t learn it period. Most parents lack the confidence to try to teach their kids about things they feel even they do not truly grasp. Yet in our age of diminished safety nets financial awareness is now a highly critical life skill.

Globally, half of adults totaling some 2.5 billion people do not even have a bank account. This shuts them off from credit and savings opportunities; it hinders their rise to a better life and squanders the potential to convert hundreds of millions of people from economic drains into economic contributors. Some 40 million unbanked are in the U.S. They get their financing from pawn shops and payday lenders and resort to extreme measures like using the local GameStop as a savings bank. A little financial guidance in high school could go a long way for them—and for everyone. 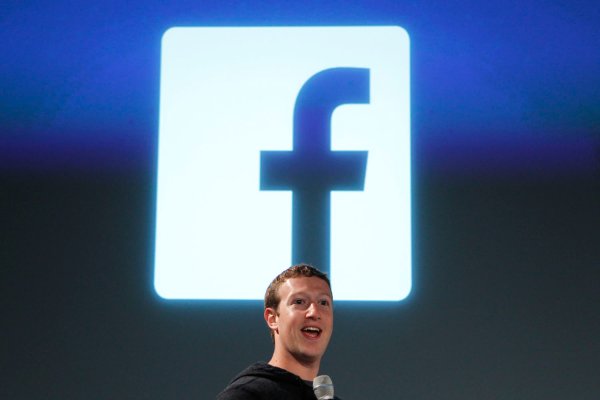 The Free-Marketing Gravy Train Is Over on Facebook
Next Up: Editor's Pick