Jennifer Lawrence, Selena Gomez and Kirsten Dunst were among an estimated 100 celebrities alleged to have private and explicit photos leaked online Sunday, after hackers apparently accessed their cellphones through a cloud-based storage network.

The photographs originally turned up on the website 4chan, where hackers claimed to have infiltrated the phones of more than 100 celebrities and promised to leak more images in the future.

The pictures were reportedly stolen from a cloud-based data storage network. Some posters claimed it was Apple’s iCloud system that was hacked, Mashable reports, though the company has not confirmed those rumors.

Actress Mary Elizabeth Winstead lambasted both the people who posted and viewed the images, which she said were taken in the privacy of her home with her husband.

McKayla Maroney, the teenage gymnast who won Olympic gold medals in the team and vault competitions in 2012, also tweeted that images of her were faked. Like Winstead, she had a message for the hackers: 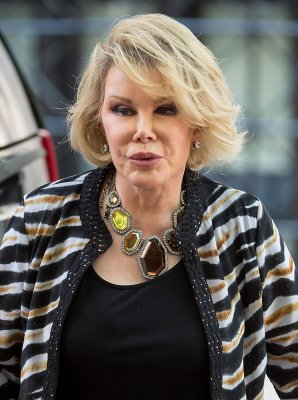 Joan Rivers Remains in 'Serious' Condition
Next Up: Editor's Pick