Driving Over Your Best Friend: It's the Right Thing to Do

You’d find it easier than you think to drop a car on an unsuspecting stranger. You’d probably be able to kill a person with a runaway train too. And as for feeding a swimmer to a school of sharks? No problem. And you know what? There’s not a thing wrong with any of that—depending on the circumstances.

Psychologists and philosophers have long recognized that morality can be a slippery, highly context-dependent concept. Is smothering a crying baby a bad thing? Um, yes. Now suppose you’re part of a group of adults and children hiding in an attic from an armed madman and the baby would give you away—guaranteeing that you’d all be killed. Could you murder one person—albeit a tiny, helpless one—to save 20?

Literature on human behavior is filled with these so-called moral dilemmas: scenarios that force subjects to take some affirmative step to prevent harm to a lot of people while deliberately inflicting it on at least one other. In many cases, that unfortunate other is a best friend or even a family member. The problem with all of the studies is that they’re hypothetical—and well they might be. You can hardly smother a real baby or conduct a real scenario in which a runaway trolley is heading for five pedestrians and you have the power to switch the tracks so that it runs over just one. That means investigators are left with nothing more to work with than detached subjects contemplating imaginary situations and answering—on paper or on a computer screen—how they think they would react. Hardly real-time science. But a new study, just published in Social Neuroscience, has come up with a way to enliven things a little, at last giving subjects a sense that they’re playing for higher than hypothetical stakes.

(MORE: You Are Where You Live. How Dangerous Neighborhoods Make You Feel Paranoid)

The research, conducted by a team of investigators led by neuroscientist Indrajeet Patil, of the International School of Advanced Studies in Trieste, Italy, tested subjects not just with descriptions of the moral dilemmas, but virtual reality (VR) simulations of them. Virtual reality is, of course, still a step removed from actual reality, but if the heart-pounding, vertiginous feeling that can come from sitting down at a flight simulator or a playing a round of Halo indicates anything, it’s that the step is sometimes surprisingly small—at least in terms of how our bodies react.

The Italian investigators had their subjects respond to four dilemmas, both the old-fashioned way and via VR. The first was the trolley scenario—though in this case a much more fearsome freight locomotive was used. The second required subjects to steer an out-of-control car that was heading toward five pedestrians in a different direction so that it hit just one. A third gave them the option of turning a remote control boat coast guard boat that was about to scare a school of sharks away from five swimmers—and towards a sole swimmer who would be eaten. The final one involved a junkyard magnet that was threatening to drop a wrecked car on a group of people, but that could be turned in time so that it squished just one. All of the videos showed the carnage that resulted from the subjects’ choices and in the case of the sharks, the terrified cries of the swimmers were even audible.

Throughout the testing, the subjects wore sensors on one hand that measured their skin conductance response (SCR), or how well their skin conducts electricity. Since moist skin conducts better than dry skin and anxious people get sweaty palms, higher readings likely mean a more nervous subject.

The results of the trials were stark. When subjects made their choices the old-fashioned, check-a-box way, they they made the utilitarian decision—killing the few to save the many—76% of the time. That shows an admirable pragmatism, but it also means that 24% of the time they froze, unable to take an action that would admittedly take a life, even if it saved many more.

In the virtual reality trials, nearly everyone stepped up to the plate. An average of 95% of the time, subjects turned the boat, steered the car or did whatever else was needed to keep the body count low—never mind the fact that they would wind up with at least a little virtual blood on their hands. And about those hands: the subjects got a lot clammier during the VR rounds than they did in the traditional ones, showing that genuine anxiety reactions were engaged, even though genuine lives were not on the line.

(MORE: Is Heisenberg Dead? Walter White and the Light Switch Theory of Morality)

It’s that anxiety that the researchers believe may have played the biggest role in allowing the participants to sidestep any moral agonizing and take the more practical—if more cold-blooded—actions in the first place. “The measurements of the subjects’ emotional arousal,” said Patil in a statement that accompanied the release of the study, “suggest that when arousal is greater…the subjects respond in a utilitarian manner, that is, they choose to take action to save the greatest number of people.”

None of this means that morality is simple—or that in real life situations the 95% figure would hold. Patil himself stresses that this is just one study that will have to be repeat and replicated in various ways. Much more important, there’s simply no way to take the virtual out of virtual reality. Humans are both compassionate and irrational creatures. When real lives are indeed at stake, the moral agony hurdle is a lot higher—and the results are a good deal less predictable.

(MORE: What Makes Us Moral?) 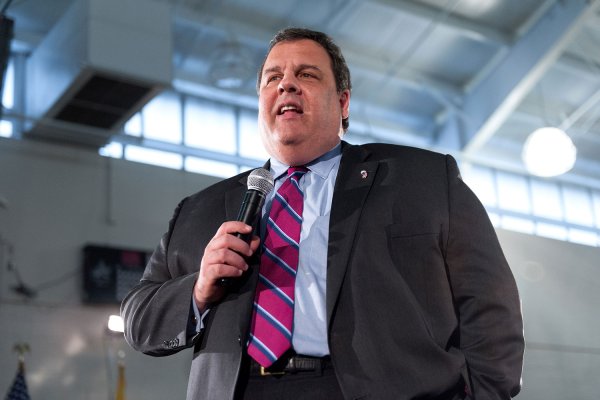 Yes, Chris Christie's a Narcissist
Next Up: Editor's Pick