McDonald was taken into custody and brought to the Santa Clara County Jail after officers responded to reports of a violent altercation in San Jose, Calif., around 2:45 a.m., NBC Bay Area reports. The alleged victim was pregnant. No bail has been set.

The arrest comes in the same week as National Football League Commissioner Roger Goodell instituted harsher punishments for players guilty of domestic violence, sexual assault and other violent crimes against women. First-time offenders will be subject to a six-game suspension, while a repeat offender will be banned from the league for life.

Goodell was motivated to change the league’s policies after being widely criticized over the suspension of Ray Rice for only two games in July, after the Baltimore Ravens running back was captured on video pulling his unconscious fiancé out of an elevator following an altercation.

The NFL commissioner later acknowledged that he “didn’t get it right” on Rice’s punishment. (As TIME’s Sean Gregory notes, the league gives year-long suspensions for marijuana use.)

In a Sunday statement, 49ers General Manager Trent Baalke said that the team is “aware of the recent reports regarding Ray McDonald and we take such matters seriously. As we continue to gather the facts, we will reserve further comment.”

Former 49ers players say head coach Jim Harbaugh has a zero-tolerance policy for assaulting women, the San Francisco Chronicle reports. “He said that we can do anything in the world and we can come and talk to him and he’ll forgive us except put our hands on women,” Donte Whitner, who now plays for the Cleveland Browns, said in 2012. “If you put your hand on a woman, then you’re done in his book.” 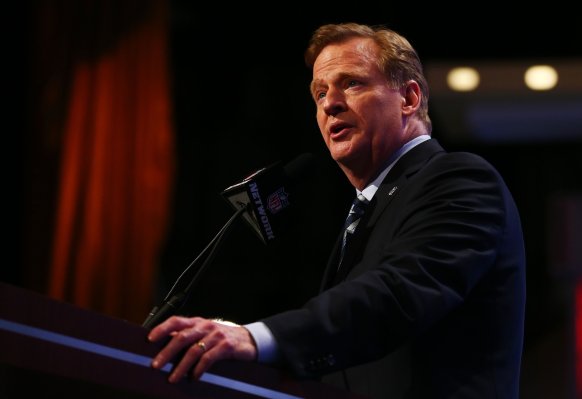