The Computer Can Tell When You're Faking It

Researchers from the University of California San Diego and the University of Toronto have designed a sophisticated computer that can tell when someone is faking facial expressions of pain with 85% accuracy, outmatching humans’ ability to do so.

To test the computer, the research team had 25 volunteers record two videos each. The first video recorded the volunteers’ expressions while one of their arms was in ice water for a minute, and the second video recorded the subjects pretending to be in pain while their arm was actually in warm water.

The researchers then had 170 people watch the videos and asked them to guess which video showed real pain and which video showed a fake response. The participants did no better than random chance. Even when they were trained on how to spot real and fake emotion in the videos, they only reached 55% accuracy. But the computer guessed correctly 85% of the time.

“In highly social species such as humans, faces have evolved to convey rich information, including expressions of emotion and pain. And, because of the way our brains are built, people can simulate emotions they’re not actually experiencing – so successfully that they fool other people. The computer is much better at spotting the subtle differences between involuntary and voluntary facial movements,” said study author Kang Lee, a professor at the Dr. Eric Jackman Institute of Child Study at the University of Toronto in a statement.

The researchers, whose work is published in the journal Current Biology, hope their technology could one day be applied in fields such as homeland security, job screening and law. 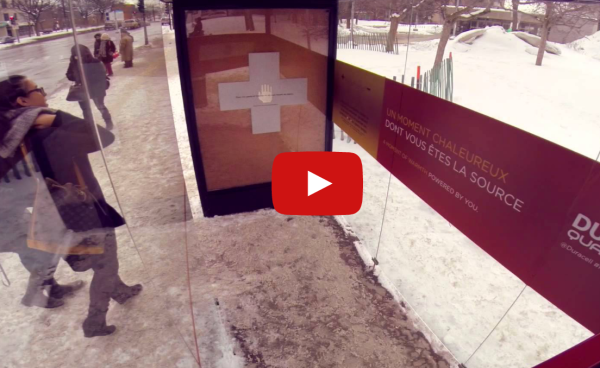 The Heat at This Bus Stop Will Only Work If You Hold Hands With a Stranger
Next Up: Editor's Pick