Movies Are Having Their Worst Summer Since 1997

If you can’t remember the last time you went out and saw a great movie, you’re not alone.

North American box offices are having their worst summer season in 17 years, and it’s because no one is particularly excited about the flicks that have occupied the silver screen for the past several months.

Ticket sales in the United States and Canada are expected to total roughly $3.9 billion between the first weekend in May through the end of August, a 15 percent decline from the same stretch last year, the New York Times reports.

Sequels that were expected to rake in cash at the box office by adhering to tried-and-true formulas ended up bombing. Tom Cruise’s sci-fi Edge of Tomorrow looked kind of like Oblivion (2013, also starring Cruise) and sounded kind of like The Day After Tomorrow (2004). It brought in $99.4 million, but Warner Bros spent at least $250 million on production and domestic marketing.

Amazing Spider-Man 2, Step Up All In, and Hercules, all with familiar themes, did poor to middling in ticket sales.

The No. 1 movie of the summer, Marvel’s Guardians of the Galaxy, sold more than $258 million in ticket sales, at least partially for offering something new to moviegoers: a 1970’s-era soundtrack and eclectic range of lesser-known comic book heroes (including a talking raccoon voiced by Bradley Cooper) materialized into solid ticket sales.

Here’s to new ideas and better sales next summer. 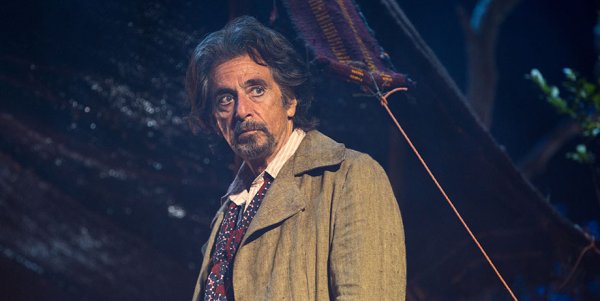 Allelujah A! A Pacino Double Feature at Venice
Next Up: Editor's Pick