Fast food workers around the country are planning another set of one-day walkouts this Thursday, according to Fast Food Forward, an organizing group for the protests. The strikes will take place in 150 cities at restaurants such as McDonald’s, Wendy’s and KFC. Fast-food workers have spent almost two years using such walkouts as part of an ongoing campaign to demand pay of $15 an hour—what they call a living wage—and the right to unionize. The average hourly wage for restaurant workers was $8.74 as of May 2013, according to the Bureau of Labor Statistics.

The efforts began with 200 fast-food workers in New York City in November 2012 and have since become a regular occurrence across the country every three or four months. In their attempts to reach their stated goals, the workers’ efforts have so far yielded modest results. In May Daisha Mims, a McDonadl’s employee who has participated in walkouts, told TIME she’d received 35 cents in raises since the strikes began. “I still feel as though I need a second job,” she said at the time. Organizers pointed to similarly sized gains for a small number of individuals across the country.

But there have been larger shifts in the labor landscape that seem clearly influenced by the fast food workers’ actions. Thirteen states increased their minimum wages at the start of the year by an average of 28¢, according to the National Employment Law Project, and the city of Seattle has approved a $15 minimum wage. More recently, the National Labor Relations Board ruled in July that McDonald’s is jointly responsible for wage and labor violations that are enacted by its franchise owners. Previously, McDonald’s and other fast food corporations have argued that franchisees are solely responsible for determining the wages and working conditions for their restaurants. McDonald’s has said it will appeal the decision.

The strikes are largely being funded by the Service Employees International Union with a media strategy devised by the PR firm Berlin Rosen. 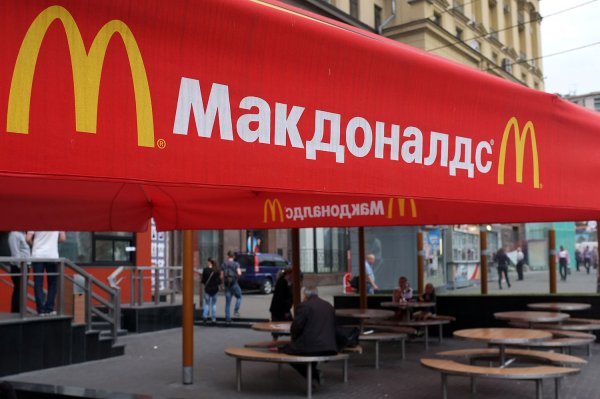 McDonald's Objects to Russia Restaurant Closures
Next Up: Editor's Pick