The U.S. air and advisory campaign against the militants in Iraq is costing American taxpayers more than $7.5 million per day, the Pentagon said Friday.

The daily cost of the effort, which has included airstrikes and sending American military advisors to assist the Iraqi military on the ground, has hit $7.5 million on average, according to Pentagon Press Secretary Rear Admiral John Kirby. The daily cost in recent weeks has been higher.

“So as you might imagine, it didn’t start out at $7.5 million per day. It’s been—as our [operational tempo] and as our activities have intensified, so too has the cost,” Kirby told reporters, offering the government’s first official assessment of the cost of the operation.

U.S. ground advisors were ordered into Iraq in June, while U.S. Central Command began airstrikes against the militant group Islamic State of Iraq and Greater Syria (ISIS), as well as humanitarian drops to assist encircled Iraqi minorities in early August. CENTCOM announced Friday that it had conducted four airstrikes in the vicinity of the critical Mosul Dam on Friday, bringing the total number of strikes since August 8 to 110.

Kirby said the Pentagon continues to believe it will be able to fund the operations through the current fiscal year ending Sept. 30 using its existing resources.

The dollar figure comes as the Pentagon is drawing up plans to expand the military campaign against ISIS in Iraq and potentially into Syria following the killing of American journalist James Foley more than a week ago. President Barack Obama said Thursday that no decision on strikes in Syria is imminent, but said he may have to ask Congress to provide additional funding for the campaign against ISIS for the next fiscal year. 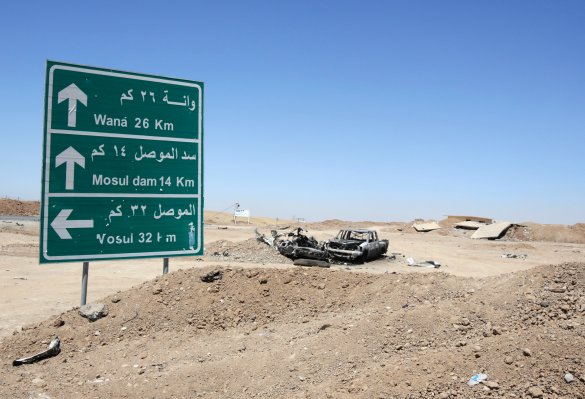 America Is Using Cannons to Kill Mosquitoes in Iraq
Next Up: Editor's Pick