September is National Coupon Month and you’re ready. You have your mobile apps updated, your favorite sites bookmarked, your filing system ready to go — and you should really just stop. Put down the circular for a minute. Yes, coupons can save you money, but if you just assume they’ll always give you the best deal, think again.

Frugal-living bloggers know a thing or two about coupons, so we asked some to identify situations where a quote-unquote great deal can end up taking money out of your wallet. Here’s why and how they say even avid couponers can get tripped up.

You ignore generics. “If an item is available in the bulk section or as a generic store version, it’s usually less expensive than the coupon-discounted price on name brands,” says Sara Tetreault, who blogs at GoGingham.com. For example, she says she recently passed over a coupon for fluoride rinse because even with two bucks off, the price was still more than the house brand. The same holds true for dollar stores. Yes, there’s some stuff you probably don’t want to buy there, but some items will cost less there than at a grocery or big-box store, even with a coupon.

Your deals expire. “I once bought several duplicate coupons for deodorant, thinking I would stock up for several years,” says Julia Scott, founder of BargainBabe.com. She got them from a coupon website, planning to combine them with an in-store sale nearby — but by the time she got those coupons, the sale that would have made the purchase worthwhile had ended. (Scott points out that it’s technically illegal to sell coupons, so sites charge processing fees instead.)

You buy too much. “Another time I stocked up on so much shampoo but ended moving a few months later and it wasn’t worth it to drag the bottles, which cause a huge mess if they open, across the country,” Scott says. Likewise, if you’re buying coupons, some sites will make you buy a certain number to get the deal. “So you often end up buying extra coupons to make the minimum,” she says.

You do construction. “One thing that’s struck me when I’ve watched Extreme Couponing is that the people profiled always have shelf after shelf of products in their basements, and shelves aren’t free,” says Katy Wolk-Stanley, who blogs as The Non-Consumer Advocate. If you have so much stuff that you have to buy other stuff just to keep it corralled, you’re probably not netting the big savings you think you are.

You stockpile, then forget. “I have stocked up on items — plastic wrap, water pitcher filters — and stored them in our basement only to buy them again because I forgot we had them,” Tetreault says. That stockpile is only saving you money if you remember what’s in it — and could you find a better use for that space in your basement where you’re storing giant bricks of paper towels an an army of salad-dressing bottles? “After getting burned by this a few times by this, I stopped buying items that had to be stored outside of the kitchen or pantry and only purchase items we need,” Tetreault says.

You drive out of your way. This is Couponing 101, but it’s still something you can forget in the excitement of a huge sale: If you have to make a separate trip to score your bounty, you’re spending money on gas and wear and tear on your car. 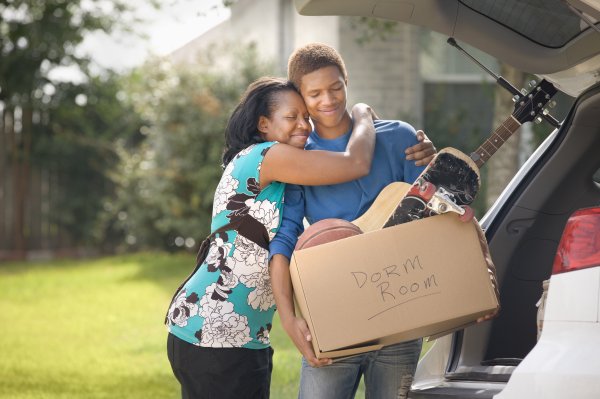 The Huge Mistake Most Parents Are Making Now
Next Up: Editor's Pick