Only Gender Quotas Can Stop the E.U. from Being a Boys Club

Newly elected President of the European Commission, Jean-Claude Juncker is congratulated on July 15, 2014, in the European Parliament in Strasbourg, France.
Frederick Florin—AFP/Getty Images
By Charlotte McDonald-Gibson

Gender anxiety is enveloping the top levels of the European Union. By the end of this month, each of the bloc’s 28 countries is expected to put forward their candidate to sit on the European Commission, the powerful body that drives policy-making and enforces E.U. law.

Jean-Claude Juncker, the Commission’s new president, has instructed member states to send female candidates, saying he wants more women in the top jobs. A social media campaign – #10orMore – is also under way to boost female representation at the E.U. to a record high.

The goal of getting more women into top decision-making posts is simply common sense given that they represent more than half of the E.U.’s 507 million citizens. Right now this is not reflected by their visibility in politics, business or the media, meaning their interests are often sidelined.

The drive to change the status quo at the top echelons of the E.U. has attracted skepticism. On the Facebook page of Neelie Kroes – one of the nine women in the outgoing Commission and a co-founder of the #10orMore campaign – critics question why gender would qualify a person for one of the 28 commissioner posts.

Such knee-jerk accusations of tokenism greet most attempts to introduce gender quotas in politics or the boardroom. But while so many barriers stand between women and senior positions – and these range from sexism in the workplace, high childcare costs and the unequal distribution of maternity and paternity leave – quotas are one of the few measures that actually have an impact.

In 1997 the British Labour party introduced all-women short lists for parliamentary candidates in some constituencies. Later that year, a record number of women were elected, and Labour still has the highest proportion of female MPs in Britain.

Britain’s Conservative party, which formed a coalition government with the Liberal Democrats in 2010, does not support all-women short lists, and a U.N. survey of women in ministerial positions earlier this year shows Britain languishing at around the halfway point, below Morocco and Cote d’Ivoire, with women making up just 15% of the cabinet.

There are other poor performers in Europe, with Greece, Cyprus and Hungary faring even worse, reflecting the problems Juncker is having in rallying enough women for his Commission.

At the other end of the spectrum, however, are Sweden and Finland, which are in the top three of the U.N. survey with over 50% female representation in their cabinets. France and Norway are close to reaching gender parity.

What the top performers have in common are long-term and often legislated programs to improve gender equality across society. In Sweden, political parties have since the early 1990s imposed voluntary quotas for election candidates. Norway was the first to introduce quotas for women on company boards, while France has legally-binding quotas for both politics and the boardroom. “Quotas are nobody’s first choice but where they are introduced they do improve representation, they do improve visibility of women,” says Clare McNeil, a senior fellow at the London-based Institute for Public Policy Research, adding that they work best when coupled with penalties for non-compliance.

Given the pool of female talent in the E.U., having just a handful of women in the Commission would be a pitiful performance. It is crucial now that efforts to increase female representation go beyond headline-grabbing promises. Juncker and the European Parliament, which approves the Commission, must make good on threats to reject the line-up if it is too male-dominated.

Hopefully quotas will not need to be in place forever. But right now Europe is so far from being a level playing field that radical measures are needed to kick-start lasting change in society.

Charlotte McDonald-Gibson is a writer and journalist based in Brussels. 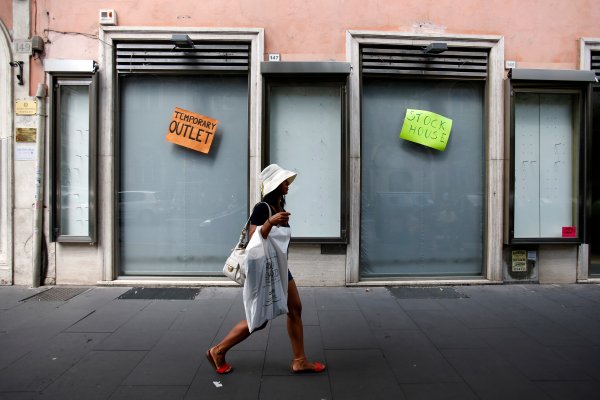