Let’s make this much clear: there is nothing wrong, wild or crazy about a tan suit. This may come as a shock to those who expressed outrage at President Obama’s choice of attire yesterday, but not all suits come in a shade of gray or navy. In fact, as colors outside of those two go, tan is rather plain and simple. As for the suit itself, the lapels are in their typical three-inch range, it’s not tailored any better than his other suits (at least from the navel up) and the American flag pin is in its usual location. The tan suit is just another suit that happens to be a slightly different color than the ones he normally wears. It was, in no way, a fashion statement.

Here is a brief list of fashion choices that would have been “bold” or “wack-ass” that the President could have made yesterday:

But the President did not wear any of those things. Nor did he wear a three-piece suit, a seersucker suit or a white suit. Hell, he didn’t even opt for the Reagan mullet suit (business on the top, lounging on the bottom).

Perhaps the only curious thing about Obama’s suit selection was its timing. Not the fact that he wore it during the summer time (that’s when you should be wearing a tan suit, if at any time), but that he wore it while discussing crucial issues of foreign policy with the press. It was a somber occasion, and there’s apparently a certain expectation of precisely how the President’s attire should match the mood.

It’s tough to argue with that point. When discussing serious matters, there’s no reason not to be dressed accordingly. (Though one could hardly be forgiven for wondering why those criticizing Obama for discussing serious matters in improper attire are focused on that attire rather than the issues they’ve deemed so serious.) The larger problem lies in the expectations that Obama had previously created. In this 2012 Vanity Fair profile, Michael Lewis quotes Obama saying the following: “You’ll see I wear only gray or blue suits… I’m trying to pare down decisions. I don’t want to make decisions about what I’m eating or wearing. Because I have too many other decisions to make.”

So for the last six years, that’s pretty much all we’ve seen him in. Gray or blue, charcoal or navy, day after day after day until seeing him out of that particular uniform (other than athletic attire) became tantamount to seeing a performer out of costume.

The irony is that the President is often criticized for being bland, even in his fashion choices. To be frank, after yesterday’s outcry, who can blame him? Next time you or anyone asks the Commander-in-Chief for a little personality or originality, don’t be surprised if this is cited as a reason for declining that request.

The choice in tie, on the other hand, that’s a little more difficult to defend… 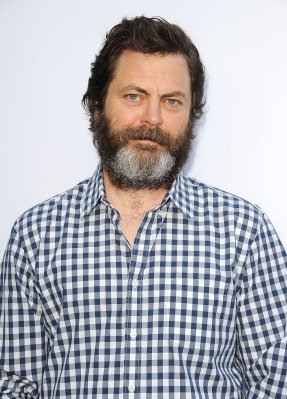 In Defense of That J-Crew Gingham Shirt
Next Up: Editor's Pick