Letting Kids Shoot Guns Is Good for Them

It’s a terrible time to say this, right after a 9-year-old girl killed her instructor with an Uzi, but shooting guns can be great for kids.

Of course, there’s shooting and there’s shooting. Handing a loaded submachine gun to a small child is patently crazy. Sadly, Charles Vacca, the instructor in Arizona, both paid for that mistake with his life and inflicted on the unnamed girl a life sentence of horror and regret. Lest anybody think that the gun-owning and gun-rights communities are defending Vacca’s judgment, rest assured that they’re not. I watch the gun blogosphere as part of my work, and even the most hard-core gunnies are appalled and infuriated.

What the shooting community worries about is that people will conflate this tragedy with proper marksmanship training for children. A lot happens in a good shooting class before a kid touches a gun. The first class often involves nothing but drilling on the rules of gun safety. When it comes time to shoot, that’s done prone, for stability, and the guns are long-barreled, single-shot .22s with minimal recoil. Kids are given one cartridge at a time, and any deviation from the rules — a muzzle moving in the wrong direction, a finger on the trigger too early — stops the whole class for more drilling. Compare that to an unschooled 9-year-old in standing position with a short-barreled, full-auto gun and a magazine holding 32 rounds of powerful, 9mm ammunition. It’s the difference between leading a child in circles on the back of a docile pony and sending her alone around a track on the back of a thoroughbred.

Shooting a rifle accurately requires children to quiet their minds. Lining up the sights on a distant target takes deep concentration. Children must slow their breathing and tune into the beat of their hearts to be able to squeeze the trigger at precisely the right moment. Holding a rifle steady takes large-motor skills, and touching the trigger correctly takes small motor skills; doing both at once engages the whole brain. Marksmanship is an exercise in a high order of body-hand-eye-mind coordination. It is as far from mindless electronic diversion as can be imagined.

Other activities build skills and concentration, too — archery, calligraphy, photography, painting — but shooting guns is in a class by itself precisely for the reason highlighted by last week’s accident: it can be deadly.

A single-shot .22, while easier to control than an Uzi, can kill you just as dead. So how can such rifles possibly be appropriate for use by children? Again, context is everything. Under proper instruction, shooting is a ritual. You do this for this reason and that for that reason, and you never, ever alter the process, because doing so is a matter of life and death. Learning to slow down and go through such essential steps can be valuable developmentally. The very danger involved gets children’s attention, as it would anybody’s. But there’s an added benefit to teaching children to shoot: it’s a gesture of respect for a group that doesn’t often get any.

Invite a child to learn how to shoot and the message is: I trust your ability to listen and learn. I trust your ability to concentrate. I welcome you into a dangerous adult activity because you are sensible and trustworthy. For young people accustomed to being constrained, belittled, ignored and told “no,” hearing an adult call them to their higher selves can be enormously empowering. Children come away from properly conducted shooting lessons as different people, taller in their shoes and more willing to tune into what adults say.

While traveling around the country talking to gun owners, I met several who told me that when their teenage sons or daughters were going “off the rails” — drinking, experimenting with drugs and getting poor grades — they started taking them shooting. The very counterintuitive nature of the invitation — giving guns to druggies? — snapped the children into focus. The chance to do something as forbidden and grownup as shooting overcame their resistance to spending time with dad or mom. The discipline and focus that marksmanship required, combined with its potential lethality, not only brought these adolescents back from self-destructive habits but deepened the bonds of trust between them and their parents.

Again, it has to be done right. You don’t buy a girl a rifle and let her keep it in her room; you keep it locked up and let her use it only under supervision. You don’t let a boy new to shooting touch a gun until he’s been well schooled in the safety rules. You don’t ever let people shoot guns they can’t handle. But when done right, marksmanship training can be just what a young mind and spirit needs.

Dan Baum is the author, most recently, of Gun Guys: A Road Trip. 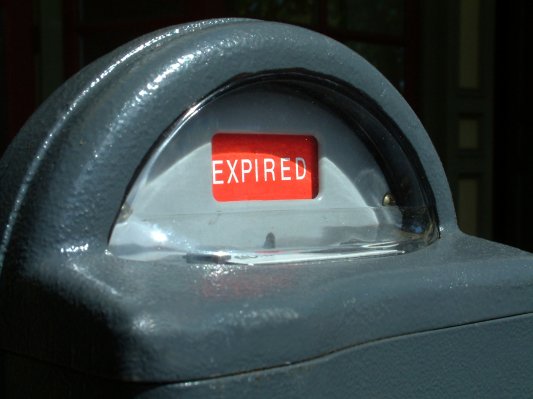 If You Want to See Inequality in the U.S. at Its Worst, Visit an Impound Lot
Next Up: Editor's Pick