“Never put off till tomorrow what may be done the day after tomorrow,” quipped Mark Twain. Waiting until later is one of life’s guilty secrets, but chronic procrastination is linked to poorer health, work and relationship outcomes. Thankfully there are some straightforward ways to put off putting-off, and the way you think about a task can impact your desire to get it done.

In one psychological study, participants were given a 15-minute head start on a math test, during which time they could choose to practice for the test, play a video game or work on a puzzle. When the math test was introduced as an important measurement of cognitive ability, those with a propensity to procrastinate spent more time playing video games or doing the puzzle than others. But when the math test was described as a fun game, there was no difference in the amount of time procrastinators and non-procrastinators spent playing the video game or puzzle.

Understanding what’s causing us to procrastinate helps tame the beast. Research has shown there are five main reasons people leave things until later:

Next time you recognize yourself procrastinating in one of these ways, think again. There are times when the way an activity is set up can make a big difference to your approach. In those instances, it is even more useful to have some general tactics to try to remedy procrastination. Here are five:

Five minutes is nothing—it’s just three hundred seconds. It’s the length of a song or a TV commercial. Pick up a project you’ve been putting off and give it just 300 seconds of your time. Once the five minutes is up, stop and reassess. After awhile, the momentum of beginning the task will carry you forward.

During the day, set goals and rewards. Each time you hit a goal, you earn the reward: a short break, a hilarious YouTube video, or some other incentive. It’s important the goals are realistic and the rewards are in proportion. Make sure you select a time to review your progress and adjust your targets accordingly.

Sometimes, when you find yourself buried with work, you feel upset with yourself for not having started earlier. Imagine a conversation between ‘you today’ and ‘you tomorrow’. If ‘you tomorrow’ could chat with ‘you today,’ what would he have to say?

Make the consequences of inaction so unbearable that you have no choice but to get busy now. You could write a check to someone or something you really dislike: a rival team, if you’re a sports fan, or to the opposing political party. Give the check to a friend with strict instructions to mail the check if you do not achieve your goal. The more you dislike the other party, the stronger the incentive to get the task done.

Going public with a goal increases your support and accountability. Consider going on a diet: Is there more pressure if you don’t tell a soul, or if you announce it to all your friends, with strict instructions to refuse if you ask for a chip? It may seem an obvious way of making yourself feel guilty, but it can also be highly effective. Be careful with this tactic, as some research has found that making intentions public gives us a false sense of progress and thereby reduces the likelihood of success – it’s the action-illusion issue I mentioned earlier. So here’s the trick: ask for support, but don’t kid yourself that support equals progress.

Procrastination is the silent killer of dreams. Everyone suffers from it. By seeking to understand and fix your procrastination, you’ll discover you jumpstart many areas of your life.

Dr. Sebastian Bailey is a bestselling author and the co-founder of Mind Gym, a corporate learning consultancy that transforms the way people think, act and behave at work and at home. His next book, Mind Gym: Achieve More by Thinking Differently, will be out on September 9, 2014. The book gives readers actionable ways, based on years of research, to change their way of thinking to achieve more, live longer and build better relationships. Connect with Sebastian on Twitter @DrSebBailey. 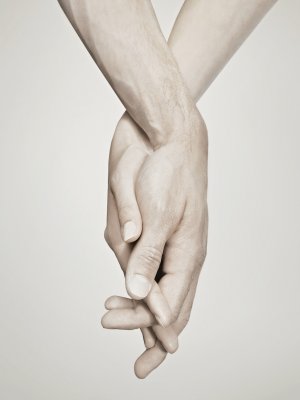 6 Things to Do to Improve Your Relationship
Next Up: Editor's Pick