Typically when parents break the news to their children that they are going to be big brothers or sisters, it goes over really well or really badly.

A mother named Shanee Gibson Hart of Fort Lewis, Washington, posted a video on Facebook and YouTube describing the moment she told her son Tré and daughter that they are going to have a new sibling, and the news sends her son off on a tirade that would make Gordon Ramsey blush.

“What were you thinking?!” he wails. “It’s too much! This makes no sense!”

Turns out that the kid is not preaching from a replacement level fertility platform, it’s just that he’s really worried his mom and dad will replace him. “You have two babies! You keep loving them forever not having another baby!” Tré yells from the back seat. His mother assures him that his parents will love him and his little sister forever, which temporarily calms the kid.

The détente is broken, though, when his mother points out that his baby sister looks happy about the news and the boy realizes he has a very important question to ask: Pointing his finger at his mom, he demands to know, “What kind of baby is it?”

His mother patiently talks him down, and the boy finally concedes that the baby can exist, but only on one condition: “Buy me some earplugs.”

MORE: This Lamb Bouncing Gleefully Down a Hallway Will Remind You That Everything’s Gonna Be Okay 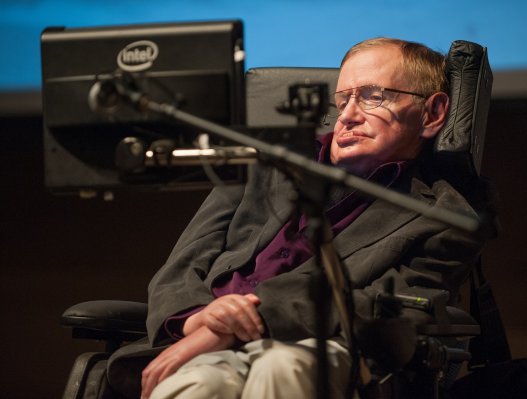 Watch Stephen Hawking Do the Ice Bucket Challenge
Next Up: Editor's Pick