5 Reasons Christians Are Rejecting the Notion of Hell

More and more Christians are beginning to reject the traditional view of hell which states the unjust will experience “eternal, conscious torment”. Perhaps you’ve seen this change in the Christian landscape and grown confused as to why so many of us are experiencing shifting beliefs. While my Letting Go of Hell series goes further in-depth on many issues surrounding hell, here are 5 key reasons to help you understand why we are rejecting the notion of “eternal, conscious torment”:

1. Something in our spirit tells us that torturing people is morally wrong.

During the historically recent debates over whether or not it’s okay to torture people, it has only been the most sick and twisted minds among us who have defended torture as being anything less than morally reprehensible. In fact, we know that torturing is such an egregious offense to morality that we even have laws against doing it toanimals. The assertion that God himself would not only torture people but take great pleasure in it, is something that many of us in Christianity are finding utterly offensive.

2. The concept of eternal, conscious torment runs contrary to the whole testimony in scripture.

Part of the reason why a growing number of us are rejecting the traditional view of hell, is that we’ve actually re-read the scriptures without our prefabricated evangelical filter, and find scripture describe something different than a traditional hell. Yes, there are some verses that seem to hint or describe eternal torture, but like many issues, the Bible is inconsistent on the matter. However, when we look at the entire testimony of scripture, we most often see the disposition of those who refuse to enter into God’s love described as a “second death”. Traditional hell isn’t death at all; traditional hell is instead an eternal life of torture. This simply isn’t what the Bible describes when taking into account the entire testimony. Instead, we find that those who ultimately reject God– the one who sustains life– to be granted their wish: their names are blotted out of the book of life and it is as if they never existed.

3. The final judge of each individual is Jesus, and torturing people seems contradictory to his character.

We believe in a coming judgement, and believe each one of us will have to stand before the “judgement seat”. However, we often forget that this judge will be Jesus! Most of us still affirm those who refuse to be reconciled to God’s love through Christ will ultimately be eternally lost, because we believe love must always be chosen– it cannot be forced. However, the idea that the end result of rejecting God’s love will be a slow-roasting eternal torture session with Jesus at the controls, is almost asinine. This isnot the Jesus we find in the New Testament. The Jesus we find in the New Testament is loving and just– but not dementedly cruel. In fact, in the New Testament we see a Jesus who notices suffering all around him and repeatedly states “I have compassion for them”. That compassion consistently moves Jesus to action, often breaking the taboos of his day to alleviate their suffering. The Jesus of scripture is hardly the type of person who’d enjoy torturing people.

4. Jesus would become a hypocrite, demanding that we nonviolently love our enemies while he does the complete opposite.

Remember, Jesus is the ultimate judge of humanity so anyone who ended up being tortured in hell would only go there by the decision of Jesus himself. This is the same Jesus who pointed out in the Bible of his day the permissiveness of using a tit-for-tat system of justice (an eye for an eye) in dealing with enemies as being wrong. Instead of affirming we should follow this part of scripture, Jesus taught his disciples to no longer obey this part of their Bible– instructing that they should become nonviolent enemy lovers instead (Matthew 5:38). In fact, Jesus goes as far as telling them that loving enemies is a requirement of becoming a child of God. If Jesus commands that we love our enemies, refuse to use violence, and that we actually do good to those who hate us yet– eternally tortures his own enemies– he’s guilty of hypocrisy. I don’t believe this is the case– I believe Jesus commands we love our enemies because he loves his enemies… and torture is never loving.

5. We simply can’t get past the idea that we are more gracious and merciful than Jesus himself.

This is the key area I cannot reconcile with eternal torment: I have been wronged by a lot of people in my life, but I have absolutely zero desire to torture anyone. I could never make the call to sentence one to torture or “pull the switch” to commence torture, because seeing people suffer is something that disrupts my spirit. I want no part in the causation of suffering, but instead want to be an agent who helps to relieve suffering. Furthermore, the longer I follow Jesus the more and more I desire that people be shown mercy. If I were to sit on the judgement seat (something I never will), there’s just no possible way I could ever sentence people to eternal torture– especially for things like being born into an Amazonian tribe who never heard the message of Jesus. If I were judge, I would always lean on the option of radical mercy.

The question then becomes: am I, a hopelessly flawed and sinful human being more merciful and compassionate than Jesus? There’s no possible way that is true, which tells me there might be more mercy than I can even fathom dished out at the final judgement.

As more and more Christians return home to a radical faith centered squarely on Jesus, we will continue to see a growing number of bible believing, soundly orthodox Christians, reject the evangelical concept of “eternal, conscious torment”. This should be viewed as a beautiful thing, not a travesty, as we rediscover that God actually is altogether wonderful, altogether lovely, and altogether like Jesus. 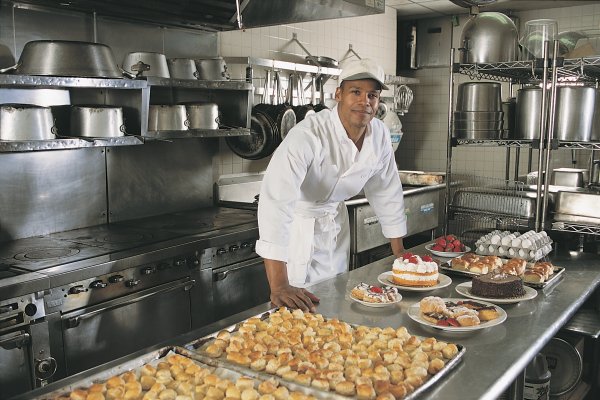 Five Best Ideas of the Day: August 28
Next Up: Editor's Pick