The Worst Stock Tip in History

At this time 85 years ago, Yale economist Irving Fisher was jubilant. “Stock prices have reached what looks like a permanently high plateau,” he rejoiced in the pages of the New York Times. That dry pronunciation would go on to be one of his most frequently quoted predictions — but only because history would record his declaration as one of the wrongest market readings of all time.

At the time he said it, in early October, he had good reason to believe he was right. On Sept. 3, 1929, the Dow Jones Industrial Average swelled to a record high of 381.17, reaching the end of an eight-year growth period during which its value ballooned by a factor of six. That was before the bubble began to burst in a series of “black days”: Black Thursday, October 24, when the market dropped by 11 percent, followed four days later by Black Monday, when it fell another 13 percent; and the next day, Black Tuesday, when it lost 12 percent more.

In his defense, he was not the only optimist on Wall Street. After witnessing nearly a decade of growth, most economists, investors, and captains of industry believed that the market’s natural direction was up. The beginning of the crash struck them not as a sign of financial doom, but as an opportunity for bargains. Following the first of the black days, the New York Times was full of positive predictions: “I have no fear of another comparable decline,” said the president of the Equitable Trust Company.

Many of those optimists, including Fisher, went broke by mid-November, when the Dow had lost nearly half its pre-crash value. Fisher’s reputation likewise plummeted.

He went on to develop a new theory about what had triggered the crash: overly liberal credit policies that encouraged Americans to take on too much debt, as he himself had done in order to invest more heavily in stocks. By then, however, no one was listening. His theory didn’t gain traction until the 1950s, when, years after his death, Harvard economist Milton Friedman pronounced him “the greatest economist the United States has ever produced.” Fisher’s debt-deflation theory found its way into the spotlight again when overgenerous credit lines and huge debts prompted another U.S. market crash — this time in 2008.

Read Niall Ferguson’s comparison between 1929 and 2008 here in TIME’s archives: The End of Prosperity? 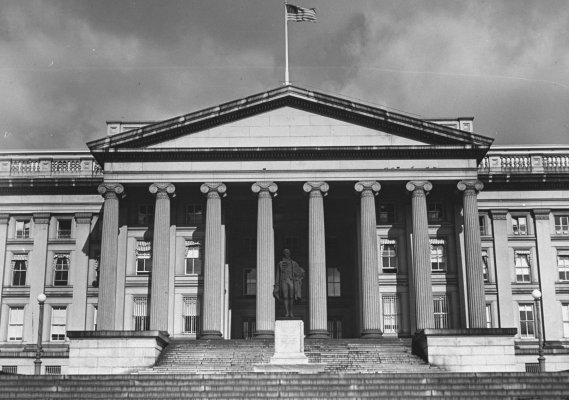