Gaddafi Before the Gold-Plated Guns

On Nov. 14, 1969, Muammar Gaddafi greets the crowd for the first time since the overthrow of the Libyan monarchy
Gamma-Keystone / Getty Images
By Jennifer Latson

The son of a nomadic camel herder, Muammar Gaddafi eventually left behind the goatskin tent in the desert where he lived as a child — but he never lost his love of the Bedouin aesthetic. He just embellished it with gold.

This week marks the 45th anniversary of the 27-year-old upstart’s Sept. 1, 1969, bloodless coup against Libya’s King Idris, during which he overthrew the leader, promoted himself to colonel and, as TIME reported a few months into his reign, went from “virtually unknown” to vastly powerful:

Thus began a 42-year reign marked by both violence and vanity. His stated quest to promote Arab unity devolved into obsession and ruthlessness, in 1986, TIME’s Richard Stengel wrote that he “seems hardly to have met a terrorist he didn’t like.” At the same time, he became known for a wardrobe that would put the Real Housewives of New Jersey to shame: silk robes, tailored suits, patent-leather boots, Louis Vuitton shades.

The self-styled “Brother Leader” of Libya developed a dichotomous public persona, torn between lavish excesses and an emphasis on his humble origins. When he traveled, he insisted on staying in a Bedouin tent. The tent, which ABC News once reported was “so heavy it needed to be flown on a separate plane,” was prominently pitched in Paris, Rome, and Moscow; Gaddafi was denied permission to set it up in Central Park, however, while visiting New York for the United Nations General Assembly. The perfumed, climate-controlled tent’s ornate decorations and sheer size kept it from projecting an aura of humility. It had to be big enough to accommodate his entourage, after all, including 30 or 40 members of the Amazonian Guard: a female security force comprising women who swore an oath of chastity and served wearing makeup and high-heeled combat boots.

The despot’s outsized self-image was an easy target when rebel forces led the 2011 uprising that overthrew his government, as TIME reported: a message posted in Tripoli, as the Libyan capital collapsed that year, hit Gaddafi where it hurt, insulting his hair. And his gold-plated pistols? They would fall into rebel hands when he was captured and assassinated.

Read TIME’s original 1969 coverage of the overthrow of King Idris: Libya: Young Men in a Hurry 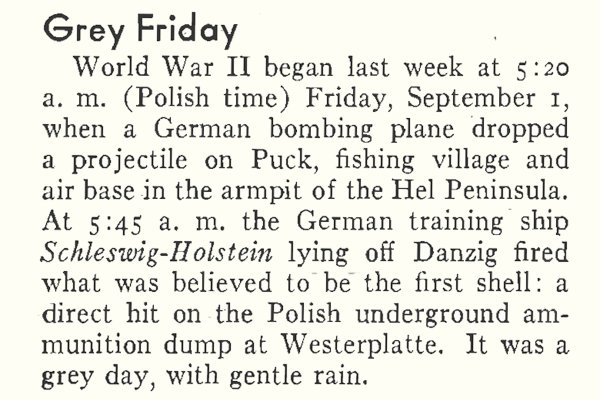 Here's How World War II Began
Next Up: Editor's Pick