We’ll Be Stronger Together

The Scottish National Party (SNP) is one of the most attractively crafted nationalist movements in history. It has cloaked itself in progressive liberal language; it claims to be in favor of higher immigration; it professes great friendship for neighboring nations; it is anti­militarist; and instead of focusing on the past, it champions “the future.” But in the end, like all nationalisms, it has a reactionary core. It assumes that one people—the Scots—are somehow, although they would never state it, intrinsically separate and superior; and that the answer to their problems is to cut off a group of fellow citizens, and treat them—the English, Welsh and Northern Irish—as foreigners. All the bewildering, appealing and contradictory claims of the Scottish nationalists ultimately rest on this foundation.

Take their manifesto. The SNP, the main party behind the Yes Scotland campaign, has avoided much discussion of identity and has tried to make the referendum into a party political campaign, emphasizing economic policy. Its manifesto focuses on a pension guarantee, adjustment to housing benefits and a lower corporation tax rate. But none of these proposals requires independence to become law. Some could be implemented immediately by the existing Scottish government. All could well be introduced by a Labour government in Westminster, should the left-of-center party win the next election. The only challenge is to persuade all British voters, not just Scots, to vote for such policies.

But this is not what the Scottish nationalists have in mind—apparently because they believe that political attitudes are permanent, fixed aspects of national character. (They call this idea—that political views coincide exactly with ancient borders—“civic nationalism.”) Their solution is, therefore, to simply exclude the “English”—whom they perceive as a fixed bloc of right-wing voters—from voting by changing the electoral boundaries. This is gerrymandering on a national scale. In order to achieve more “progressive” policies in areas such as welfare and taxation policy, they wish people to renounce their citizenship and create a new country. Not only is this bad democratic process, it misrepresents the reality of broader British political attitudes.

There is no evidence in social-attitude surveys that the English are—as nationalists like to suggest—more xenophobic, reactionary and right wing than the Scots. England and English thinkers have shaped and continued to define many of the progressive policies in Britain, from feminism to civil rights and the environmental movement. Scotland is in many ways less “modern” than London, which has become one of the most rapidly changing, cosmopolitan and global capitals on earth (7% of Scots were born outside the U.K., compared with 37% of Londoners).

Which is why, for all the talk about the future and progressivism, the nationalist project is in fact reactionary. Nationalists blame Scotland’s problems—which are almost indistinguishable from the problems of most Western democracies—on their relationship with the rest of Britain. Instead of trying to harness the potential of a diverse, connected and rapidly expanding London, they treat London as a threat—and attempt to segregate and protect themselves from it. Instead of continuing to share national resources and assets with fellow citizens, they hope to achieve their utopia by scapegoating the English, treating them as foreigners and keeping the resources—particularly the North Sea oil and gas reserves that have long benefited all of Britain—for themselves. In short, their response to the fundamental problems of a 21st century democracy is to try to shut the complexity out by drawing in their borders.

The U.K. can be improved—it needs much more local democracy, it needs to rediscover a belief in politics, and it would benefit from a new written constitution—but it retains great strengths. The three-century-old union between different nations is unique proof of the power of solidarity, tradition and democratic process. And there are good economic arguments for remaining together—not least in currency, trade and support for the banking system. In the end, however, the referendum is about identity: Should people continue to be both Scottish and British, or become only Scottish?

For nearly two months now, thousands of English, Scots, Welsh and Northern Irish have gathered on the Scottish border at Gretna. They are bringing rocks, which they have collected from every corner of the U.K., and are piling them in a giant traditional stone cairn, in honor of the Union. The cairn records its builders’ respect and affection for their fellow citizens and demonstrates that different nations can build together in a single country. Such structures have been built on both sides of the border for more than 6,000 years. The building of the cairn may be an ancient tradition, but it is a far healthier and more truthful response than nationalism to the challenges of the modern world.

Stewart, a Scot, is a Conservative Member of the British Parliament 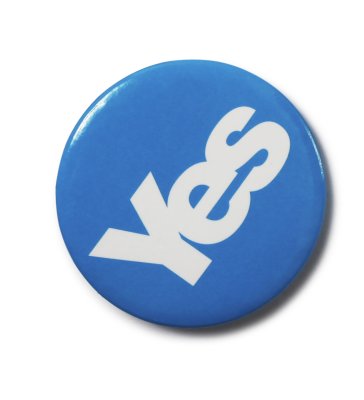 Scots Must Take Control of Their Own Future
Next Up: Editor's Pick