Woman Dies at Burning Man After Being Hit by Bus

This is a DigitalGlobe satellite image "overview" of the Burning Man Festival in Black Rock City Nevada.
DigitalGlobe/ScapeWare3d—DigitalGlobe/Getty Images
By Noah Rayman

A woman died at Nevada’s Burning Man Festival after she was run over by a bus early Thursday, event organizers said.

According to a statement posted to a website affiliated with the festival, local officials say the woman is believed to have died after falling under a bus carrying festival participants. The woman has not been identified, and the Pershing County Sheriff’s Office is investigating the incident.

“This is a terrible accident,” Burning Man co-founder Marian Goodell said in a statement. “Our thoughts and prayers are with her family, friends and campmates. Black Rock Rangers and Emergency Services Department staff are providing support to those affected.”

Some 60,000 people are converging on the Nevada desert this week for the annual arts and culture festival. 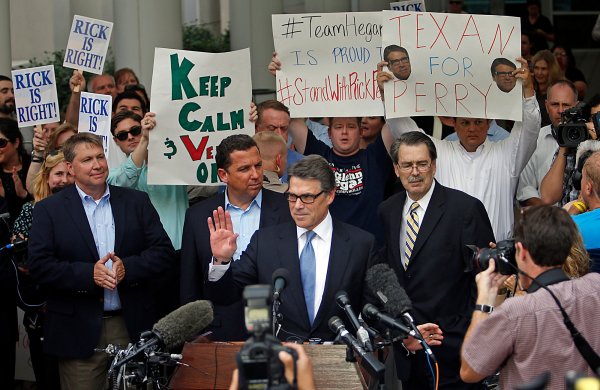 Texas Gov. Rick Perry Digs in for a Fight
Next Up: Editor's Pick