One of the most viral philanthropic social-media campaigns in history has reached our family too. We were about to board an international flight when both of my children were called out by their friends on Facebook to accept the Ice Bucket Challenge for amyotrophic lateral sclerosis (ALS), the deadly neurological condition commonly known as Lou Gehrig’s disease.

My kids are no strangers to ALS. Our neighbor has it, and my daughter is a student at Boston College, the alma mater of Pete Frates, the young man whose fight inspired the challenge. But I don’t recall talking about ALS as a family before, and I doubt either of my kids had ever discussed it with their friends. Like most other rare diseases, ALS doesn’t often find itself in the spotlight.

At 30,000 ft., we talked for the first time about the devastation ALS brings and what is being done about it. We watched countless videos of friends who had stepped up to the Ice Bucket Challenge. And within hours of landing, they too had dumped icy water–and uploaded the proof. We watched together in amazement as, within days, everyone from George W. Bush to Taylor Swift got soaked in the name of charity.

So fun! So creative! So … effective. Why didn’t the Multiple Myeloma Research Foundation (MMRF), the cancer-research organization I started when I was diagnosed with the disease, think up something like this? my kids asked. I had no answer, only the wish that we had.

So far, the social-media craze has raised a whopping $94.3 million for the ALS Association since the end of July. That’s up from $2.7 million in the same period last year. And that’s just one of many ALS-focused organizations to have seen such a windfall.

As brilliantly simple as the Ice Bucket Challenge is, its phenomenal success is making many of us think hard about new ways to raise awareness and dollars.

The efficiency of the campaign, for one, is awe-inspiring. The only overhead the ALS Association incurred was the cost and staff time of drafting and then sending a single email to 60,000 people in its database. The campaign also demonstrated the power of one or two people who care passionately about a cause. After all, the Ice Bucket Challenge wasn’t started by the ALS Association or a PR agency but by young people who wanted to support their friend with ALS.

For me, the biggest takeaway of all is the need to engage a younger generation of potential donors. A recent report showed that in 2012, 75% of 20-to-35-year-olds had donated to philanthropies the year before, and another 70% were more than willing to ask their friends and relatives to do the same. Millennial enthusiasm can make things go viral, sometimes massively so. The results speak for themselves.

But now that the money has been raised, a potentially harder challenge is emerging. Many people are questioning what the ALS Association will do with such an extraordinary influx of money. In my view, the opportunities are endless.

As is the case for most rare diseases, progress in ALS research has been severely hamstrung by funding shortages. There are few treatments–none of them effective–and a cure for the disease remains elusive. The ALS community’s windfall will dramatically change that landscape. Simply put: science that was never before imaginable is now possible.

This will no doubt create a groundswell of interest in ALS research. It will attract new scientists to the field who may not otherwise have been interested in the disease but who have to follow the funding. And it will pique the interest of pharma and biotech companies, which may not otherwise have had the incentive to pursue R&D for such a relatively small patient population.

Making the most of each dollar means developing milestones for every project funded and communicating these results back to donors. Over time, this will help turn the 1.9 million new donors captured through the Ice Bucket Challenge into repeat donors.

Watching how the campaign has unfolded so far has already prompted us at the MMRF to think of new ways to more effectively raise dollars. My hope is that long after the Ice Bucket Challenge dries up, other disease-based nonprofits will be inspired by how the ALS community stewards the funds raised this summer and continues to build support for curing such a cruel disease. 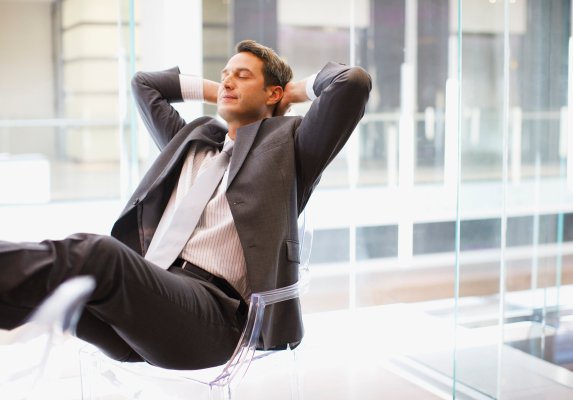 5 Ways to Relax In No Time At All
Next Up: Editor's Pick