Polar Music Prize laureate Chuck Berry has been honored at an awards ceremony in Sweden.

Poor health prevented the rock ‘n’ roll legend, now 87, from leaving his home outside of St. Louis to attend the event in Stockholm. But the ‘Johnny B. Goode’ singer had Welsh musician Dave Edmunds read his acceptance speech at the ceremony.

“My heart is in Sweden,” he said. “I understand what a great honor it is to be a recipient. I am sorry that I am unable to travel and receive this personally.”

The Polar Music Prize is the so-called “Nobel of the music world,” awarded annually to one recipient each from the fields of modern and classical music. The award was established 25 years ago by the manager of ABBA, Stig Anderson. Previous laureates include Joni Mitchell, Stevie Wonder, Bob Dylan and Led Zeppelin.

Keith Richards paid tribute to Berry in a video that was played at the award ceremony. “Chuck Berry, he just leaped out of the radio at me. I ate him basically, I mean I breathed him,” he said. “If I listened to Chuck Berry, I was full for the day.”

In a statement made when announcing Berry’s award in May, the Polar Music Prize Foundation said: “Chuck Berry was the rock ’n’ roll pioneer who turned the electric guitar into the main instrument of rock music. Every riff and solo played by rock guitarists over the last 60 years contains DNA that can be traced right back to Chuck Berry.”

Berry was recognized alongside theatre and opera director Peter Sellars, who is known for bringing controversial flair to the stage. Sellars received Tuesday’s prize from King Carl XVI Gustaf of Sweden. 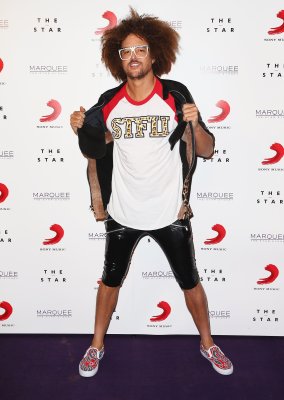 LMFAO’s Redfoo Attacked in Australia
Next Up: Editor's Pick