Jiff, performing pomeranian and Internet star, has set two world records – one for the fastest 10 meters on hind legs (6.56 seconds) and another for the fastest 5 meters on front paws (7.76 seconds) at an Illinois kennel in September, according to a Guinness World Records statement. That means the fluffy pom can literally walk at 3.4 miles per hour, slightly faster than the average walking speed of humans.

The dog will be featured in the Guinness World Records 2015 Edition, due out September 10, but Jiff has been quite the star for a while now. A social media sensation, the pom has appeared in the film Adventures of Bailey: A Night in Cowtown, the music video for Katy Perry’s “Dark Horse,” and a tweet from Ke$ha, who claimed Jiff was her “new boyfriend.”

And if Jiff’s credentials haven’t put you to shame yet, then ponder this: do you have an IMDB page?

But being the world’s fastest dog is only one trick in the Los Angeles pom’s repertoire. Jiff, whose owners have remained anonymous so that he gets all the attention, can also skateboard, stamp his autograph, cover his eyes and bow, among other moves. He’s known for his impromptu performances at the Santa Monica Pier and the Hollywood Walk of Fame—but if you can’t make it to one of those, there’s always his online trick demos. 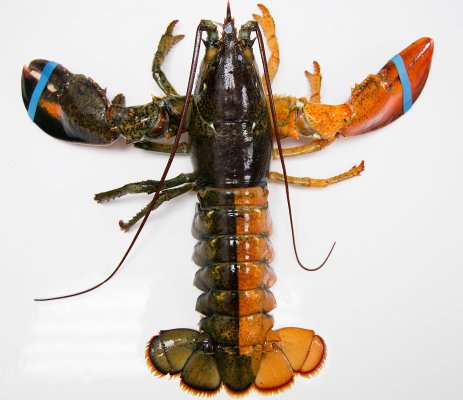 11 Lobster Facts That Will Leave You Shell-Shocked
Next Up: Editor's Pick