As the ALS Ice Bucket Challenge makes its way around the globe, it was only a matter of time until it eventually came around to director David Lynch. Naturally, the man who brought us Blue Velvet, Eraserhead and Elephant Man interpreted the fundraising and awareness-raising exercise in a very David Lynchian way.

Challenged by Laura Dern (who starred in his film Wild at Heart) to dump iced coffee over his head, the director dumped a double shot of espresso into a bucket of ice water and proceeded to play “Somewhere Over the Rainbow” on the trumpet until someone drenched him with the jumbo iced Americano. It was an odd cinematic moment that still managed to makes more sense than Mulholland Drive.

Lynch made the video a two-for-one deal, as he was also nominated for the stunt by The Leftovers star Justin Theroux. Still soaking from the original dousing, Lynch had another bucket dumped on him, disappointingly with just plain old ice water.

As water dripped down his face, Lynch passed the nomination forward. To Vladimir Putin. 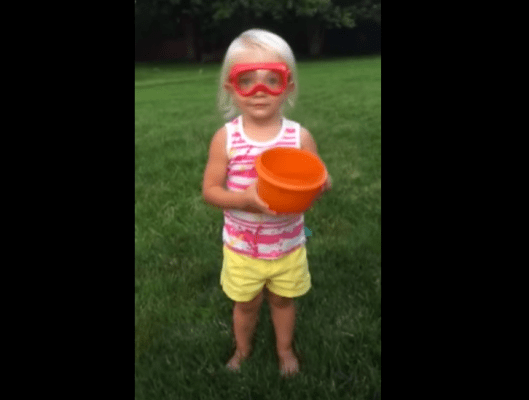