Patton Oswalt: Why I Quit Twitter—And Will Again

On June 1 of this year I resolved to take a break from all social media. No Twitter, no Facebook. No visiting click-bait video sites, news aggregators, or any link with the words “… you won’t BELIEVE …” in the title. I logged off on June 1st and planned my return for Tuesday, September 2.

In the first week alone I dropped 15 pounds, re-watched Krzysztof Kieslowski’s The Decalogue, built a sustainable small-yield garden for my daughter, and learned knife throwing. By the second week I’d read all three volumes of Karl Ove Knausgaard’s My Struggle, completed a triathlon, and cooked the first half of Marcus Samuelsson’s Aquavit cookbook. By week three I had melded my consciousness with the sphere-bleed of galactic central point’s sentient Time Shell and hiked the Andes.

Actually, I spent the first week silently lurking on Twitter, checking my “@” mentions, visiting the feeds of people I both love and despise. I did the usual Google searches of my name and played game after game of GemCraft: Chasing Shadows. I gained weight. I started but still haven’t finished Hilary Mantel’s Wolf Hall, Herman Melville’s Moby Dick, and Howard Cruse’s Stuck Rubber Baby. I still clicked on videos. Visited my usual news aggregate haunts. Wasted time.

The second and third week weren’t much different, but … they weren’t the same. A couple of times, in line at a grocery store or coffee shop, instead of taking out my phone to stiff-arm the creeping ennui, I’d look around instead. At the world. At the people around me. Most of them looking at their phones. We now inhabit a planet where the majority of the population is constantly staring downwards, entranced, twiddling like carpenter ants. Do pickpockets know they’re living in a second renaissance?

Sometimes I’d catch the gaze of a holdout like me. A freak without a phone. Adrift in this gallery of bowed heads. A teenager, whose phone had probably died. Or a slightly older “millennial,” probably waiting for a video to load. But they were unique and far between. It was, mostly, people my age, and older—stooped, staring statues, peeping at windows in their palms.

Once I’d gotten past the first month, though, I noticed an interesting pattern. By this point I rarely looked at my phone. The only times I’d use Twitter was to re-Tweet a link to a project I was involved in, or help promote a friend’s documentary, or fund­raising effort, or album release. My phone only came out of my pocket if I needed to call someone or, more often, text someone. More and more, my eyes met the world. At eye level.

Those holdout freaks I talked about? The teen whose phone battery I assumed had died? Or the older millennial I assumed was downloading a video? They were the ones not using their phones. They had the strongest immunity to the devices’ pull. It was the older people, the over-40s like me, and those way older, who couldn’t escape the tiny gravity of connection constantly yanking us out of existence.

Maybe it’s because this younger generation doesn’t have the demarcation we have—of a world before cell phones and then after. It was always there for them. So it’s not a novelty. And thus has less power. They don’t remember the endorphin rush of sudden connectivity, like when people my age first logged onto dial-up Internet and, after 10 minutes, sheepishly searched for their own name. Or the first time we received an email. And when those things happened on our phones? It was like the apes touching the monolith at the beginning of 2001.

I really enjoyed these three months away. Slowly weaning myself off of social media has, ironically, made me feel younger. At least, I have the habits of a much younger person now. I used social media—at least for these past 90 days—at the frequency of a 20 year old. Occasionally, like it wasn’t some exotic novelty, and didn’t need to be consumed like a wine whose supply was finite.

Here’s a thought—what if the next fashionable rebellion, from whatever generation rears its head after the millennials, is to become “unlinked.” Only reachable face-to-face. Hmm.

I think I’m going to do this every summer. June 1 to post–Labor Day. Eyes up, logged off. Remember how, in The Matrix, mankind had become batteries, so the machines could feed off of us? Well, it’s happening now, just 140 characters at a time. It’s too late to go back, but you can carve out three hot months to recharge.

Oswalt is a stand-up comedian, writer and actor.

Correction: The original version of this story misstated the maximum length of a tweet. 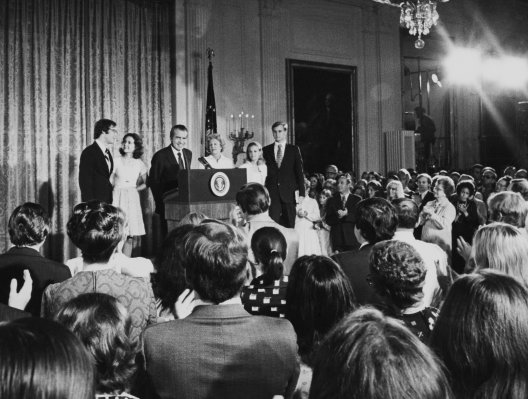 Stop Pretending Nothing Happens in August
Next Up: Editor's Pick