President Barack Obama announced Thursday that he has ordered increased sanctions on Russian officials and authorized sanctions on the country’s economy that could be implemented later, as Russia began steps to formalize its annexation of the breakaway Crimea region from Ukraine.

Speaking to reporters before boarding Marine One for a trip to Florida, Obama said the United States government has added to a list of Russian senior officials subject to economic sanctions, and has also imposed new sanctions on a Russian bank and several Russian individuals close to the government of President Vladimir Putin. Obama also signed a new executive order authorizing new sanctions on “key sectors of the Russian economy,” though those sanctions have yet to be imposed.

“Mr. Putin needs to understand that Ukrainians shouldn’t have to chose between the west and Russia,” Obama said, saying the U.S. remains “deeply concerned’ by Russian threats to Eastern and Southern Ukraine.

Obama ruled out military intervention in the region on Wednesday.

Obama reiterated Thursday that the U.S. rejects the results of Sunday’s “illegal” Crimean referendum to split from Ukraine, and Russia’s “illegitimate” steps to annex the peninsula weeks after Russian forces took control of the contested peninsula. Obama has pledged to impose additional “costs” on the Russian government as the crisis continues. On Monday, top aides to Putin were hit by U.S. economic sanctions, which were laughed off by those impacted.

“Nobody should believe that this is the end of what we are prepared to do under the executive order,” a senior administration official said. “It’s only the beginning.”

Among those sanctioned are Russian billionaires Arkady and Boris Rotenberg, Russian Railways president and Putin confidant Vladimir Yakunin, and Yuri Kovalchuk, the head of Bank Rossiya, described by senior administration officials as “Putin’s personal banker.” That bank is also subject to sanctions.

“The Speaker is proud to be included on a list of those willing to stand against Putin’s aggression,” said Boehner spokesman Michael Steel of the Russian sanctions against his boss.

According to senior administration officials, the Russian economic sectors that could be hit by sanctions include financial services, energy, metals and mining, defense and related material, and engineering. 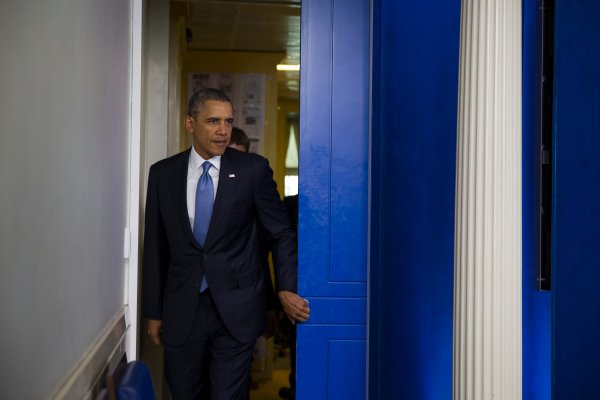