A New Jersey teenager was able to gain access to the spire of Manhattan’s 1 World Trade Center recently after slipping past security on the 104th floor.

The teenager, 16-year-old Justin Casquejo, was later arrested, charged with trespassing and released. According to court papers, he told police: “I was walking around the construction site and figured out how to access the Freedom Tower rooftop.” Police have secured a warrant to search the camera and cellphone he was carrying at the time.

A Port Authority Police Department spokesman says a guard who was reportedly asleep at the time of Casquejo’s climb on Sunday has been fired. The full security measures of 1 WTC are not slated to go into effect until 2015, according to city documents.

Law enforcement officials say that Casquejo may have tricked an elevator operator into ferrying the teen up to the 88th floor. Casqeujo then hiked up to the 104th floor, snuck past the sleeping security guard and climbed through a foot-wide hole to reach the top. 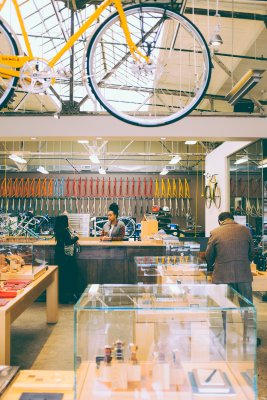 Built in Detroit
Next Up: Editor's Pick