With a GPS tracking device attached to its back, an Australian sheepdog has finally revealed how a single canine can control a rebellious flock, according to a new study.

The “sheepdog mystery” has baffled scientists and mathematicians for generations, but a new paper in a journal by Britain’s Royal Society says the secret lies in the animal first bringing the sheep together by weaving side-to-side at their rear, then driving them forward.

“If not cohesive, it will make it cohesive, but if it’s already cohesive, the dog will push the herd towards the target,” Daniel Stroembom of Uppsala University in Sweden, co-author of Solving the Shepherding Problem: Heuristics for Herding Autonomous, Interacting Agents, told Agence France-Presse.

The study suggests that a talented sheepdog could use the technique to control a flock up to 100-strong.

Researchers hope that the new knowledge can be applied to future planning with regards to crowd control, and even guiding groups of exploring robots across remote terrains. 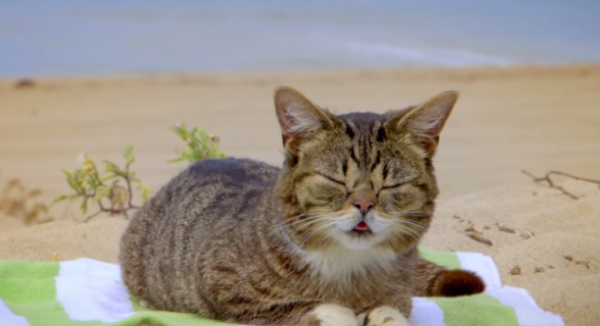 Lil Bub Stars in a Summer Version of the Yule Log
Next Up: Editor's Pick