There’s an awfully familiar feeling to Divergent, the movie based on the best-selling novel by Veronica Roth: post-apocalyptic landscape, the almost colorless tones, the drab clothes—and, eventually, our ruthlessly scorned hero. It’s impossible to ignore the overwhelming sense that we’ve seen all this before, only with better execution, in this fall’s The Hunger Games: Catching Fire.

In a futuristic, bombed-out Chicago, residents choose to live as part of one of five geographic factions based partly on a government–administered personality test. If you like living off the land in harmony, you choose Amity. If you get kicks from adrenaline-fueled, strangely acrobatic law enforcement, you choose Dauntless. You also have the option of Erudite, Candor and the enticing Abnegation. Weirdly, future Chicagoans are pretty much O.K. with this. The city appears content.

Problems start when Tris (Shailene Woodley) discovers on Choosing Day that she is a rare, uncategorizable Divergent. This means she’s not just a freethinker; she’s also dangerous! And, darn it, Erudite faction leader Jeanine Matthews (Kate Winslet, as the leader of the intellectual folk) is hell-bent on stopping young Tris (born Beatrice, for all admirers of Dante), even though we never know quite why she’s such a threat.

Against her parents’ wishes, Tris chooses the Dauntless faction and soon finds herself jumping from moving trains and plummeting from rooftops. She eventually befriends Dauntless dude Four (Theo James), who of course has secrets of his own. The real secret, though, is that Divergent has scarcely anything new to say.

Which is a shame, because Woodley’s performance is wasted on what is starting to feel like a young-adult novel action-movie template, as opposed to a movie that at least attempts to explain why we should care about what’s happening on the screen. For a film that supposedly celebrates freethinking, there’s a woeful lack of it here. 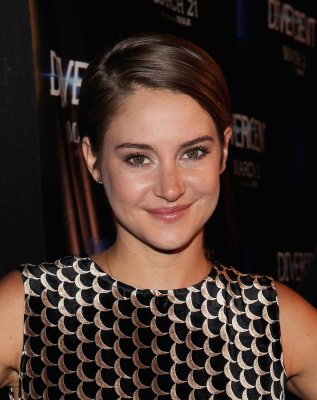