Farmer Chris Soules has been named the new star of The Bachelor.

The fan favorite contestant from The Bachelorette — who won the audience’s heart, if not Andi Dorfman’s — was long considered the frontrunner for The Bachelor, but it took weeks for ABC to make the announcement on Good Morning America Wednesday morning.

The ABC reality mainstay broke with the tradition of naming the new star during the After the Final Rose episode that marks the end of each season. While Soules sat in the audience of the show and host Chris Harrison readily admitted that he was in the running to be the new Bachelor, he refrained from naming him as the new star. What followed were weeks of speculation that the show wanted to vet runner-up Nick Viall, former contestant Arie Luyendyk, Jr., (who laid out his case on TIME.com), or someone else entirely to take the helm of The Bachelor.

In the end, though, the show opted for Soules, the 32-year old football-loving farmer who had impressed viewers with his wholesome charms, romantic gestures and all-American good looks. Perhaps more importantly, Soules is the antithesis of former contestant Juan Pablo Galavis, who was poorly received by Bachelor Nation, who saw him as rude, arrogant and only interested in hitting the Fantasy Suite with as many women as possible.

While the official announcement was made with great fanfare on GMA, it was Luyendyk who broke the news. “I’m not the Bachelor,” Luyendyk tweeted late Tuesday, in what seemed like a fit of sour grapes. “Have fun on the farm people.”

With Soules confirmed for the job, the network now turns to the task of finding contestants ready, willing and able to move to Soules’s tiny hometown of Arlington, Iowa, population 427, and take up the job of being a farmer’s wife. Fans of The Bachelorette know that Soules’s mother has already offered to babysit future grandchildren, so the prospect of low cost child care may tempt some women into applying. ABC will also have to work to avoid comparisons to short-lived CW reality show Farmer Wants A Wife, which featured eight women vying for the affections of a strapping bachelor farmer. Soules starts on his personal journey to find love with Dorfman’s seal of approval. “I mean, look at him,” she told People. “Chris has the whole package. He is the all-American guy who is a farmer who does not look like a farmer, but he’s also successful and he’s ready for a family. He’s going to be a great husband and a great father.”

Contestants on The Bachelor won’t just have to compete with each other for Soules’s attention, though. As an Iowa celebrity, Soules already has politicians cozying up to him. Texas Governor and presidential hopeful Rick Perry tweeted about meeting the friendly farmer at the Iowa State Fair.

MORE: A Former Contestant Might Have Just Revealed ABC’s Next Bachelor

The original version of this story misstated the name of The Bachelor‘s host. It is Chris Harrison, not Chris Harrington. 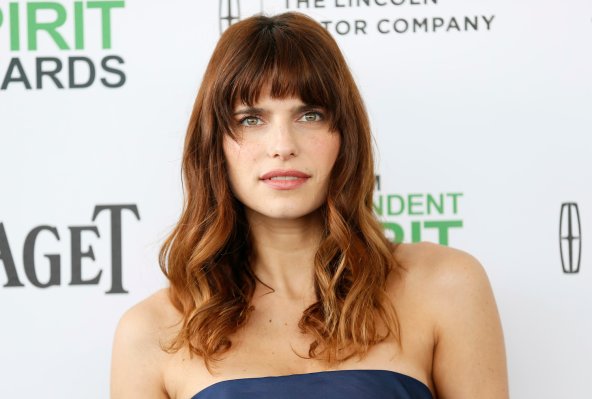 Report: Lake Bell to Direct The Emperor's Children Film
Next Up: Editor's Pick