The former Democratic Representative from Ohio and two-time presidential candidate announced Thursday on Twitter that he plans to speak at the famed celebration of self-expression, community and the arts. He’ll be joined by a wide range of speakers, including conservative political advocate Grover Norquist.

Burning Man takes place in the Black Rock Desert of Nevada every year for one week and always ends with the dispersal of camp and destruction of any evidence of it existed. So, might not be that odd a place for a politician after all. 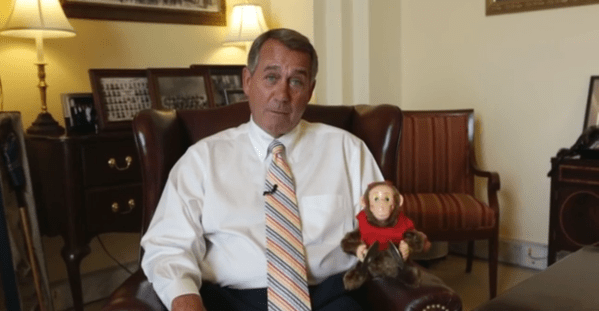 John Boehner Has Found a Kindred Spirit ... in a Monkey
Next Up: Editor's Pick