Nahla El-Nemr knew the moment was coming but that still didn’t make it any easier.

As a fourth-year student at an Egyptian institute for training social workers, El-Nemr’s studies required her to spend several months training in a large Cairo orphanage. When her group of 15 students arrived at the facility, El-Nemr’s fellow classmates were shocked to discover that she knew everyone there. The 30-year-old was forced to come clean about her background. “I told them, ‘By the way guys, this isn’t just an orphanage. It’s my home,’” she says.

That was a significant confession to make, in a country where growing up an orphan makes you — in El-Nemr’s words — a “street child, unclean, child of sin, a beggar.” It’s also one of the reasons she’s joined a growing movement of activists dedicated not just to improving the conditions for Egypt’s 12,000 orphans, but also to overturning the social stigma that can leave orphans like El-Nemr restricted to the margins of society throughout their adult lives.

The plight of Egypt’s orphans was recently forced onto the national radar by a disturbing video showing a man purported to be the director of a small orphanage in Giza repeatedly beating and kicking several terrified young children in his care. The video — allegedly filmed and posted by the director’s estranged wife — prompted the closure of the Dar Mecca al-Mokarama Orphanage and the arrest of the director as well as a wave of national debate about the issue.

Click the image to see the video on egyptianstreets.com website, showing abuse at the Dar Mecca al-Mokarama Orphanage

These activists are quick to point out that not all Egyptian orphanages are bad or abusive, but they say physical, emotional and even sexual abuse is far more common than publicly reported. “If you want to search for good orphanages and successful models, you will definitely find them,” says Yasmine El-Hagry, an administrator with the children’s-rights NGO Wataneya. “But that video is not news to us. We know there are lots of violations.”

The roots of the problem are numerous, but the lack of proper training for caregivers and personnel inside Egyptian orphanages is cited as a key factor by both government officials and independent children’s-rights activists. In Egypt’s extremely class-conscious society, the job of children’s caregiver is regarded as low-class, with meager pay and minimal respect. “The job of a social worker or a caregiver is not an attractive job in this country,” Ghada Wali, the newly installed Minister of Social Solidarity, says. “You can not have people who are undertrained and underpaid and expect them to do a good job.”

Not only are workers typically inexperienced and poorly compensated, but there also aren’t enough of them to go round. The country has more than 450 orphanages, the vast majority run by private NGOs under the supervision of the Ministry of Social Solidarity. Many of these facilities are operating at less than 50% capacity, Wali says.

This surplus of orphanages is motivated partially by religious beliefs. According to Islamic tradition, to feed, clothe and shelter an orphan is a powerful source of sawab — a sort of celestial extra credit. But many wealthy donors in Egypt would rather open their own facility and put their name on it than donate to an existing orphanage. Unfortunately, some fail to consider what comes next. “The problem here is that people feel that if they open an orphanage and provide an orphan with a roof, food and a bed then they’ve done their job. To me that’s maybe 20% of the job,” says Flavia Shaw-Jackson, founder of the NGO FACE, which runs its own network of local orphanages.

Wali, who was appointed five months ago, says one of her first acts as minister was to suspend the issuing of new orphanage licenses and initiate a review of her ministry’s inspection standards and protocols.

Those government inspections aren’t insufficient, according to El-Hagry and other children’s-rights activists, so much as they are aimed at the wrong thing. The inspectors, they say, tend to focus almost exclusively on the bureaucratic aspects of running a facility — is the paperwork in order, is the kitchen well maintained and is the flow of donations sufficient? — and not the human aspects. “Whether or not the children are trembling and look frightened or the general psychological well-being of the children — that isn’t really considered,” El-Hagry says.

The most widespread problem afflicting Egyptian orphans isn’t necessarily direct abuse, but simple emotional neglect. While their basic physical needs may be met, many live with a minimum of human warmth. “I’ve seen babies lying day and night in cots with the windows closed — no touch or tenderness or sources of stimulation. You see children with no life in their eyes,” says Shaw-Jackson.

But it doesn’t end at childhood. Egyptian orphans often find it nearly impossible to fully integrate into mainstream society outside the orphanage walls. Egypt’s close-knit family-centric culture is simultaneously extremely sympathetic to orphans and extremely suspicious of them. Western-style adoption is illegal, however a modified foster-care system known as kefala does exist. But children taken in under the kefala system are forbidden by law from inheritance or taking the family’s last name, and there remains a limited appetite among Egyptians for taking orphans into their homes.

That’s because being an orphan in Egypt is akin to being in a lower caste of people. Orphans are widely labeled as “children of sin” and assumed to be the illegitimate and abandoned products of extramarital sex. This label follows them throughout life, making it difficult for orphans to attend public schools or universities and nearly impossible for them to marry a nonorphan.

El-Hagry, from the Wataneya NGO, says many orphans feel compelled to “live in the closet” whenever they attempt to integrate into mainstream society. Until two years ago when the law was changed, national ID cards would immediately signify the owner as an orphan to a police officer, potential employer or landlord who knew what to look for.

El-Nemr, the adult orphan who now works as a volunteer coordinator for Wataneya, recalls years of hiding her orphan status from classmates and co-workers. As a teenager, she resisted the wishes of her orphanage director, who tended to send all of the girls to the local nursing institute. But El-Nemr insisted on attending a public high school and pursuing a secondary education. When told by the director that such ambitions were beyond her reach, El-Nemr personally submitted her papers to the local high school and was accepted.

In school, only a tiny circle of her friends and a few teachers knew she was an orphan. “If all of my classmates knew, it would have been a nightmare,” she says. “But I was smart and that helped protect me. Some of my sisters [a term she uses for all of her fellow orphans from the same facility] did the same thing because of my example and they had a very bad time.”

In college she maintained the same closeted existence until she was involuntarily outed by the training semester in her home orphanage. When she and a fellow orphan decided to move out and get their own apartment, she found herself having to lie to the landlord — saying her parents lived overseas. When she took a job at a prominent publishing house, she was enraged when one of her close friends accidentally revealed her orphan status to her co-workers. Luckily, she says, her employers only found out after she had been working there for six months. If it had been known from the start that she was an orphan, El-Nemr said she either wouldn’t have been hired or would have been forced to quit.

“I feel like people think we’re abnormal,” she says. “At best they start feeling sorry for me and I don’t want that. That’s actually worse than the ones that treat me bad because I’m an orphan. I don’t want or need their pity.” 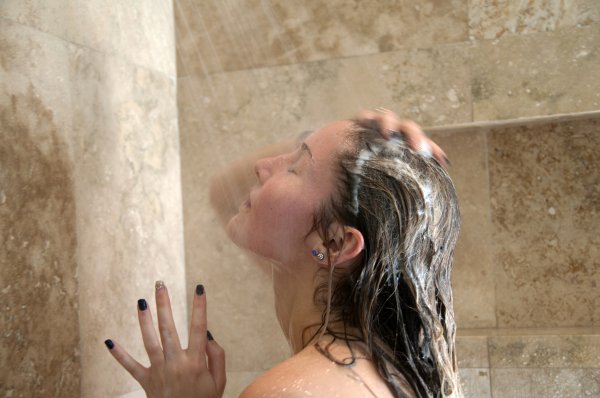 Egyptian Preacher Says Men Can Peep on Future Wives in the Shower
Next Up: Editor's Pick