A Former Contestant Might Have Just Revealed ABC's Next Bachelor

ABC is officially announcing the next Bachelor on Good Morning America Wednesday — but did a former contestant steal the network’s thunder a day early?

Whether Arie Luyendyk Jr. was being seriously considered by producers as the next Bachelor or not, the race car driver (and make out enthusiast) has been strongly petitioning for the role. Monday night, however, Luyendyk tweeted that not only is he not going to be the next Bachelor, but he added that audiences should prepare themselves to “have fun on the farm.”

While this might seem cryptic to the uninitiated, it’s a clear indication that Iowa farmer Chris Soules will be the next Bachelor. Politicians already proved aware of Soules’ clout — presidential hopeful Rick Perry tweeted about cozying up to the farmer during the Iowa State Fair.

ABC declined to comment about the veracity of the tweet or whether Luyendyk was contractually allowed to post spoilers. Fans, meanwhile, have offered to console Luyendyk in his time of need: 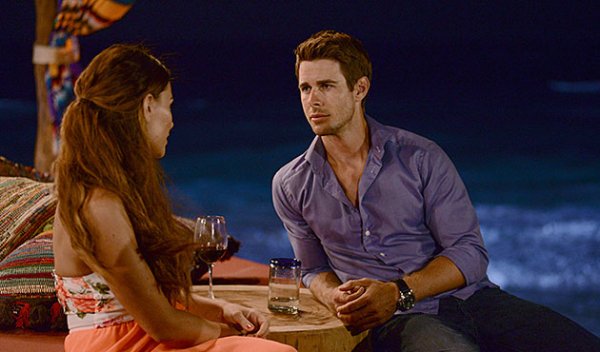