Want to keep your skin safe? You can glug a glass of drinkable sunscreen—which, yes, is a real product that had experts raising their eyebrows back in May.

If slurping SPF isn’t your bag—or if you’ve already got some sun damage you’d like to undo—you’ll also be able to kick things down a shade by popping skin-whitening candy, according to the maker of a new dietary supplement maker called Melagenol, based in Spain. It promises lighter skin with a daily 300-500 mg swallow of plant extracts claiming to interfere with melanin formation. By sucking on a candy or downing a pill or capsule containing melanin-inhibiting extracts, you’ll get “lighter skin from within,” the press release promises, banking on its lab study that found melanin-producing cells made less when the formula was applied.

The skin whitening and lightening industry, which, critics contend, prey on insecurity and the idealization of pale skin, will be worth nearly $20 billion by 2018, according to an estimate by Global Industry Analysts, fueled mostly by whitening creams sold in Asia. “Asian people are very much concerned about skin lightening,” Fernando Cartagena, marketing manager for Monteloeder, tells TIME. “They like to keep their skin as light as possible because it’s a way to show your class.” Even though the product isn’t yet on the market, he says he’s gotten calls from companies that want to carry it in Malaysia, Taiwan, South Africa, and Australia, a country that sells to many countries in Asia. (No bites yet from the United States.)

This won’t be the world’s first oral skin whitener—similar tablets are already sold in Japan—but the market is growing. Cartagena says his company came up with the idea for oral skin whiteners earlier this year. “We received a lot of feedback from the Asia office telling us that there’s a huge demand for these kinds of products,” he said.

As skin whiteners grow in popularity, so does the backlash against them. Groups like Dark Is Beautiful in India try to combat the obsession with fair skin and whitening products by raising awareness. The safety of these ingredients when ingested is not currently known.

Cartagena says he hopes we’ll be seeing a product with Melagenol on shelves—“especially in Asia”—within four to six months. 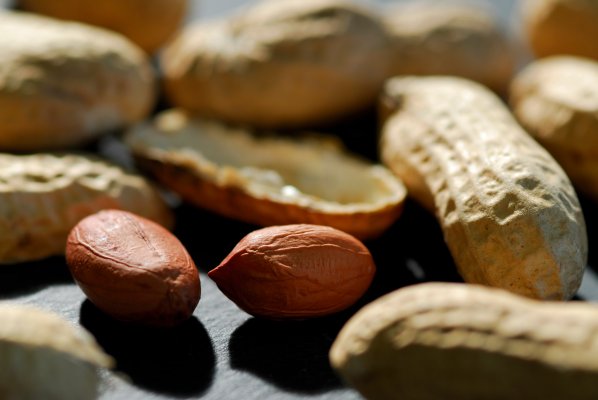 The Bacteria That May One Day Cure Food Allergies
Next Up: Editor's Pick