Liz Cheney said Monday that she’s dropping her bid for a Senate seat in Wyoming, ending a short-lived primary campaign that caused rifts in the local GOP and within her own family.

Cheney, the oldest daughter of former Vice President Dick Cheney, cited “serious health issues” in her family in announcing the end of her campaign against three-term Republican Sen. Mike Enzi.

“Serious health issues have recently arisen in our family, and under the circumstances, I have decided to discontinue my campaign,” she said in a statement. “My children and their futures were the motivation for our campaign and their health and well-being will always be my overriding priority.”

But her campaign had struggled mightily from the outset. She was trailing Enzi in the polls, battling a reputation as a carpetbagger who had only just moved to the state, and buffeted by a family feud with her over same-sex marriage (her sister Mary Cheney is married to her wife).

The 69-year-old Enzi is now expected to easily win a fourth term. Wyoming has not elected a Democrat to the Senate since 1970. 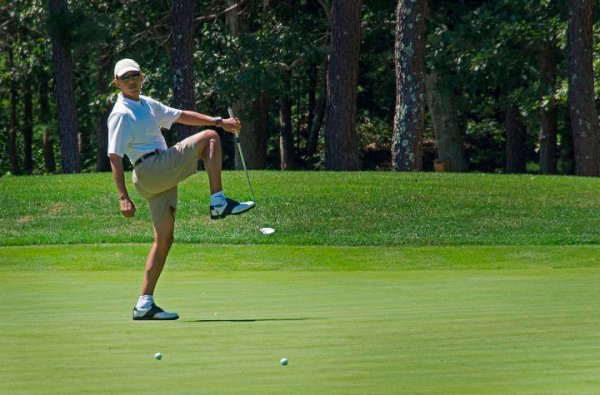 Obama's 18 Favorite Golf Partners (You've Only Heard of One)
Next Up: Editor's Pick