Amazon Explains Why It Just Paid Nearly $1 Billion for Twitch

The rumor mill got it wrong.

Twitch, an online service that lets people watch other people play video games, was supposed to go into the arms of Google. That was the received wisdom until late Monday afternoon anyway, when Amazon capsized expectations and announced it would pay $970 million for the fledgling company, an amount said to be less than what Google was offering (the rumor mill pegged that amount at around $1 billion, though never backed it up), but an enormous sum by any measure. It also the most Amazon’s paid for any company to date.

Why the heck would the world’s largest e-tailer–in the news more these days for its consumer electronics and apparent hopes to conquer time and space by deploying fleets of personalized delivery drones–buy a games-streaming startup? This is where knowing a little about Twitch helps.

These days everyone has big numbers, but this one’s genuinely impressive: Twitch says it had 55 million unique visitors to its site in July 2014 alone, and all of those visitors eyeballed over 15 billion minutes of games-related content. The number of people generating all that content? One million, says Twitch, comprising an audience of amateur and pro gamers, game publishers and studios, video game news sites and eSports-related events (eSports being the term gamers call video games played in professional matches). All sorts, in other words, from content creators and consumers to critics and video gaming “athletes.”

Here’s another way to look at it: the Wall Street Journal reported in February that Twitch accounted for nearly 2% of peak Internet traffic in the U.S., or fourth overall during peak hours. The only three companies that scored higher were Apple (4.3%), Google (22%) and Netflix (32%). Think about that for a minute: Twitch, a company that arrived in 2011, accounted for more peak U.S. traffic in February than Facebook.

But why Amazon of all companies? When I put the question to Twitch CEO Emmett Shear Monday night, he said it came down to two words: like minds.

“Talking to Mike [Frazzini, VP of Amazon Games] along the way, it really became clear that we have a shared vision for the gaming industry. We see the same trends in the same space,” said Shear. “And it’s also their culture. Amazon thinks about problems and solving those problems in the same way we do at Twitch. They think about how you can build things for customers, and how to do that in the long run.”

That sense of philosophical camaraderie over the course of multiple meetings culminated in formal negotiations, said Shear.

“One of the things I was really impressed by during the deal discussions was Amazon’s commitment to making Twitch a fully-owned subsidiary, which means I get to remain the CEO, we keep our office, we keep our culture, we keep our strategy,” said Shear. “But we get access to all of these resources and products that Amazon has that’ll let us do all of that better and faster.”

Amazon, for its part, looks less like an outlier and more like a natural home for a gaming-centric service like Twitch when you add up its recent moves. Where rivals like Apple and Google still hold gaming at arm’s length, building platforms and ecosystems to lure third party creators in lieu of crafting first-party content, Amazon’s been quietly cultivating its own gaming stable, edging step by step more toward the sort of holistic approach a Sony or Microsoft or Nintendo might take in securing ownership of both the hardware and software ends of the bargain.

When I asked Frazzini if Amazon paying beaucoup bucks for an enthusiast-angled video game operation is further evidence that Amazon intends to square off directly with gaming’s 800-pound gorillas, though, he was quick to couch the move as strictly consumer-driven.

“I was never, like, ‘How does this, that or the other company do it, and maybe we should,'” said Frazzini. “I’ve always thought about it in much simpler terms, through the lens of the customer experience and what we wanted to create, where we thought we could built inventive new experiences that would resonate. That’s been the driving motivation. If you look at Amazon fairly high-level, what you end up with is, we have a commerce business, and games are a very important part of the commerce business.”

Amazon loves people who buy games through Amazon, said Frazzini, because gamers tend to come back and buy all sorts of other things. But it’s also about more than consumers, he said, talking about the importance of catering to the sort of premium content developers the company’s been wooing with its cloud-focused Amazon Web Services model–which is just another way of saying Amazon’s Twitch purchase is (at least in part) about growing its gaming cred.

Consider Amazon’s two most recent games-related acquisitions: Amazon bought developer Double Helix Games in February, a studio known for the survival horror game Silent Hill: Homecoming as well as its work on a revitalized version of Killer Instinct, an arcade-style fighting game for Microsoft’s Xbox One. And in April, Amazon rolled out Fire TV, a $99 set-top box that not only plays high-fidelity games, but supports them with an optional gamepad–one a traditional console- or PC-gamer wouldn’t be embarrassed to wield.

“I think it’s fairly safe to say at this point that on anything with a screen, games are the number one or two activity,” said Frazzini. “Obviously if we’re going to be in the devices business, we have to be thinking hard about games. And at the center of that is the customer experience, which is what’s so interesting about Twitch for us. Twitch has that same point of view. They think long term. They think a lot about invention.”

Frazzini is naturally effusive when talking about Twitch’s accomplishments since the service’s debut in 2011, going on to call it “just the beginning” of a process that’s about anticipating “where games are going.” Clearly Amazon sees that destination as more than another overloaded app store or slew of iterative mobile devices. Put another way, no one spends close to $1 billion on a gaming service whose most vocal proponents identify as core gamers if they aren’t serious about wooing and winning them over.

The acquisition makes even more sense when you think about services like Amazon Instant Video. Amazon’s been in the video-on-demand business since 2006, and with its recent shift to an all-you-can-eat Amazon Prime streaming video model, whereby Prime members gain access to scads of video content (including the company’s coup-of-coups exclusive deal with HBO) for a Netflix-ian flat fee, capturing new eyeballs by adding a service like Twitch fits hand-in-glove with the company’s ostensible goals. And think of what else the purchase buys Amazon in terms of new eyeballs: Twitch is already an entrenched and critical presence on both Sony’s PlayStation 4 and Microsoft’s Xbox One.

And for those worried that Amazon’s purchase could somehow harm or curtail the house Twitch built, it’s not clear yet what the actual relationship between Amazon and Twitch will be, but Twitch’s Shear said the most immediate benefits (for Twitch, and thereby its user base) translate as exponentially greater scalability. 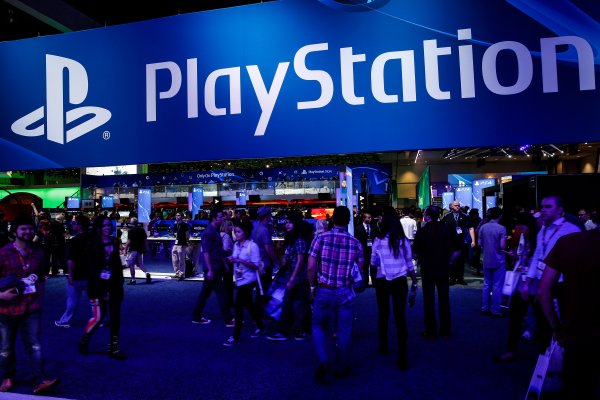