The opening monologues of the Emmy Awards always poke fun at Hollywood itself, but Seth Meyers’ remarks at the 66th show were even more inside baseball than normal — making fun at the politics of the television industry, not its stars. The Late Night host took aim at the decision to move the Emmys to a Monday night in August to avoid football season conflicts (“keeping with the actor’s tradition of running away from jocks”); the head-scratching surrounding certain shows’ nomination categories (the past year featured “comedies that made you laugh and comedies that made you cry because they were dramas submitted as comedies”); and HBO’s dominance as the network with the most nominations (HBO is “the kid you grew up with who did way better than you expected”). 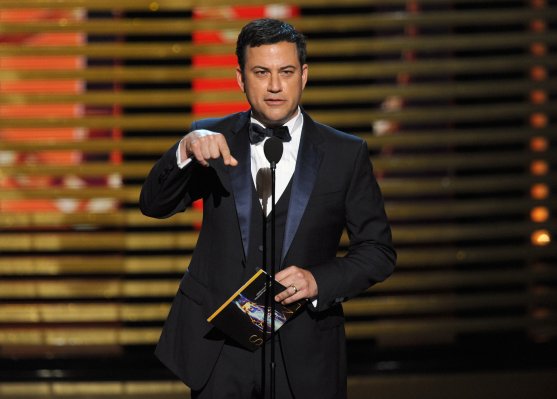 Watch Jimmy Kimmel Roast Matthew McConaughey at the Emmys
Next Up: Editor's Pick