Best Couple of the VMAs Was Celebrities and Their Smartphones

While some might say that the most touching moment of the VMAs was provided by Bey, Jay, and Blue Ivy, Rolling Stone provided compelling video evidence that a different relationship trumped all relationships on display during Sunday night’s show: Celebrities and their cell phones.

It turns out that we weren’t the only ones Tindering and tweeting to pass the time during the award show. The above video shows a compilation of celebrities being bored and checking Instagram. Or something.

While many celebrity smartphone moments went unnoticed, the Kardashians’ were publicly called out when MTV showed video of them on their phones during a moment of silence for Michael Brown, the unarmed teenager who was shot and killed by a police officer in Ferguson, Missouri earlier this month.

Although Buzzfeed notes the possibility that the moment was a poorly timed video delay rather than a real-time moment. 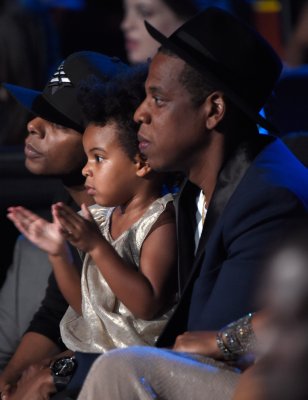 Blue Ivy Did Some Flawless Dancing During Beyoncé's Performance at the VMAs
Next Up: Editor's Pick