E-Cigs Should Be Last Resort for Quitters, Heart Group Says

A salesman waits for customers as he enjoys an electronic cigarette at a store in Miami, Florida on April 24, 2014.
Joe Raedle—Getty Images
By Alexandra Sifferlin

The AHA acknowledged that e-cigs haven’t yet been proven to be good tools for quitting smoking, though some research has suggested they may be about equal to or slightly better than nicotine patches. The new recommendation is part of the AHA’s policy statement on e-cigarettes. The AHA calls for more regulation of e-cigs, which is something the FDA has promised in the past. The AHA says it fears any further delay in these regulations could have serious public health consequences.

Specifically, the AHA calls for new and stronger regulations for how e-cigarettes are marketed, especially to young people. It recommends a ban on sales to minors, since some research has shown that young people consider using e-cigarettes as a convenient method for smoking. Public health experts have long worried that e-cigarettes could serve as a gateway to other tobacco products, like the much unhealthier conventional cigarettes.

The group says some research suggesting e-cigarettes could normalize smoking are troubling, especially data showing youth exposure to e-cigarette advertising has spiked 250% from 2011 to 2013. “These disturbing developments have helped convince the association that e-cigarettes need to be strongly regulated, thoroughly researched and closely monitored,” AHA CEO Nancy Brown said in a statement.

Whether e-cigarettes are just another vector for nicotine exposure to American youth is a hotly debated topic among public health experts. Some hold the belief that pushing smokers toward lower-level nicotine carriers could ultimately help people quit, while others say there’s no space for more addictive products in the U.S. market. 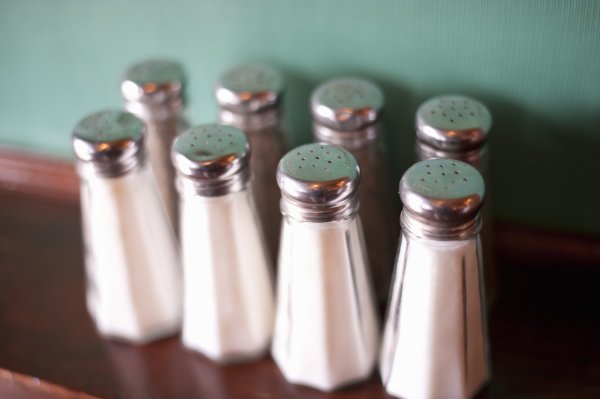 Salt Studies Spice Up Debate
Next Up: Editor's Pick