Here's Why It's Not All About Your Personal Success

This is one of a 10-article series of conversations with transformational leaders who will be storytellers at the BIF10 Collaborative Innovation Summit in Providence, RI, on Sept. 17-18.

Keith Yamashita vividly remembers one smoggy school day from when he was eight years old. He and fellow classmates at the local elementary school in Santa Ana, California, spent their recess corralled in the indoor gymnasium to watch a movie.

“That film stuck with me for the rest of my life” Yamashita later recalled while sharing a tale of personal transformation onstage at the Collaborative Innovation Summit, a storytelling event hosted annually by the nonprofit Business Innovation Factory (BIF) in Providence, RI.

The 9-minute film, “Powers of Ten” by Charles and Ray Eames, begins with an overhead view of a couple lounging on top of a checkered picnic blanket in a park. The camera zooms out and appears to rise into the atmosphere, marking off the distance from the picnic blanket in powers of ten, until it is far outside our galaxy. Then it zooms back in, ending at the atoms in the husband’s hand.

“Up to that point,” he said, “I had no idea that anything existed beyond my house and school, existed outside of what I knew.”

Yamashita is the chairman of SYPartners, a fast-paced consultancy whose work has realigned the visions of numerous corporate titans.

SYPartners encouraged Nike to make a greater commitment to corporate responsibility. General Electric, a company with a 20-year track record of acquisitions, was helped to welcome internal growth. That SYPartners took Starbucks CEO Howard Schultz on a field trip, visiting artisanal businesses and food shops to rethink the meaning of connoisseurship, remains an industry legend. Shortly after, Starbucks closed all of its U.S. locations for a day to retrain its staff.

“Companies that get the most stuck are often ones that have been very successful at doing something,” Yamashita observes. “It’s always easier to perpetuate what is, rather than to invent the new.”

In his talk at the BIF Summit, Yamashita used the Eames film to demonstrate the importance of collaborative perspective. From different viewpoints, the sun may be a mere pinpoint, while a proton may be a critical force.

It is no longer enough to aim for personal success, Yamashita tells his clients. Companies must adapt to see themselves as units within a bigger system; they must collaborate while being able to articulate what unique part they play.

Yamashita started his career at Apple, as Steve Jobs’ writer. “My job was to get on paper the things that were floating around in Steve’s mind,” says Yamashita. He credits Jobs to teaching him his first lesson on business innovation: “the power of galvanizing vision. Steve had this wonderful capability of permitting himself to see what the rest of the world did not yet see, and holding steadfast to that as a compass.”

Keith Yamashita founded SYPartners with Apple’s former creative director Robert Stone. The firm, headquartered in a sunny loft in San Francisco’s warehouse district, boasts an eclectic team of strategists — “designers and technologists, poets and MBAs.” They navigate their practice through a compass of innovation, devised from their collective experience. The compass has the following points: “See, Believe, Think, Act.”

To Yamashita, “the process of innovation is going around that circle dozens of times to come up with something that disrupts and that’s valuable.” He adds, “They’re super simple words, but the practice of it goes deep.”

Though Yamashita spoke to a rapt audience at BIF’s Collaborative Innovation Summit, he claims his most meaningful experience there did not come from sharing his vision, but from sharing the visions of others.

“I remember eating lunch with three remarkable individuals — BIF storytellers” he says. Their table started a “round-robin conversation,” letting each person forecast the future of their industry.

Yamashita recalls that Carmen Medina, a former director within the CIA, predicted, that “in several years, open systems will be closed systems.”

Another luncher, Ben Berkowitz, founder of SeeClickFix, an app that enables citizens to report community problems to the local government, anticipated “an increase of people mobilizing not through structure or hierarchy, but by the will to contribute on their own terms.”

To the right of him sat Fast Company founder Alan Webber, (“my life-long mentor,” says Yamashita), who stressed the idea that our most pressing problems cannot be solved without better integration of government, business resources and public initiative.

“Over the past four years, all of those predictions have turned out to be true,” says Yamashita. “To me, that’s such an emblem of what the BIF Summit is about — convening with others to be able to see things that none of us could see on our own. I’m thrilled be to able to go BIF10 this year.” 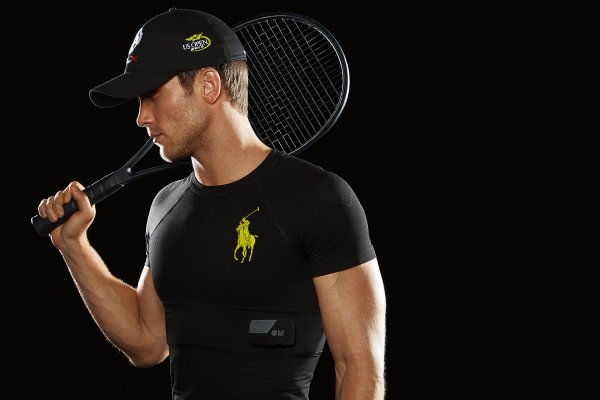 Ralph Lauren Debuts Biometric Shirts at the U.S. Open
Next Up: Editor's Pick