The U.S. is open to the possibility of military action against Islamist militants in Syria, a top Obama Administration official said Friday, warning that the U.S. will “do what is necessary to protect Americans.”

“We’ve made very clear time and again that if you come after Americans, we’re going to come after you wherever you are,” Deputy National Security Adviser Ben Rhodes told reporters. “And that’s what’s going to guide our planning in the days to come.”

President Barack Obama has resisted pressure from both outside and inside his Administration to take a more muscular approach in Syria, where a bloody civil war has claimed 191,000 lives in recent years, according to a new U.N. estimate Friday. But the emergence of the militant group Islamic State of Iraq and Greater Syria (ISIS), which released a graphic video on Tuesday depicting the beheading of American journalist James Foley, has raised the stakes — and has seemingly made American officials, already engaged in targeted military action in Iraq, more willing to consider doing so on the other side of the border.

General Martin Dempsey, Chairman of the Joint Chiefs of Staff, said Thursday that any strategy against ISIS would have to include action against militants in Syria, and Rhodes didn’t disagree with that assertion Friday.

“Well, we certainly agree that any strategy to deal with the [ISIS] organization has to deal with both sides of the border, Iraq and Syria,” Rhodes said. “The strategy that we are already undertaking does address that in the sense that we are providing training and equipping and assistance to the Iraqi security forces and Kurdish security forces who are fighting them on the ground in Iraq.

“We are also providing support and military assistance to the moderate Syrian opposition,” he added. “What we would like to see is those efforts squeeze the space where [ISIS] operates.”

Rhodes cautioned that no decisions have been made.

“I don’t want to get ahead of decisions the President hasn’t been presented with, specific military options outside of those carrying out the current missions in Iraq,” he said. “But we would certainly look at what is necessary in the long term to make sure we’re protecting Americans.” 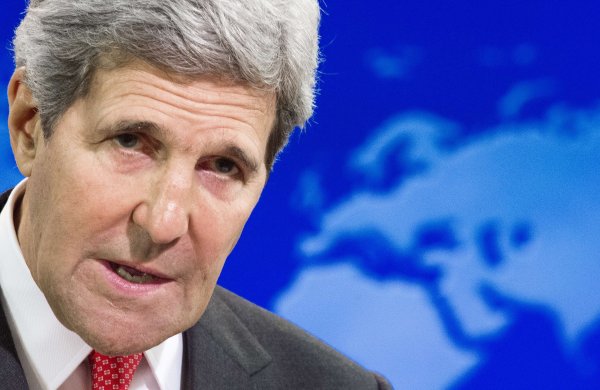