Cans of tuna are seen on a shelf August 12, 2004 in a grocery store in Des Plaines, Illinois.
Tim Boyle—Getty Images
By Laura Stampler

In a new analysis of government data on mercury levels in fish, Consumer Reports suggests that pregnant women should “avoid all tuna” — particularly if it comes in a can.

Earlier this summer, the Environmental Protection Agency and Food and Drug Administration suggested that women who are pregnant, want to get pregnant, or are breast feeding should eat up to 12 ounces of fish a week. While fish can be a good source of protein and provider of nutrients, Consumer Reports released an article Thursday warning vigilance given the high mercury level in many fish, including tuna.

“We’re particularly concerned about canned tuna, which is second only to shrimp as the most commonly eaten seafood in the United States,” said Jean Halloran, director of food policy initiatives for Consumers Union, the advocacy arm of Consumer Reports, in a statement. “We encourage pregnant women to avoid all tuna.”

While Consumer Reports identified 20 seafoods that can be eaten safely several times a week, the report reads:

The federal agencies and Consumer Reports agree that childbearing women and small children should avoid swordfish, shark, king mackerel, and tilefish due to mercury levels. 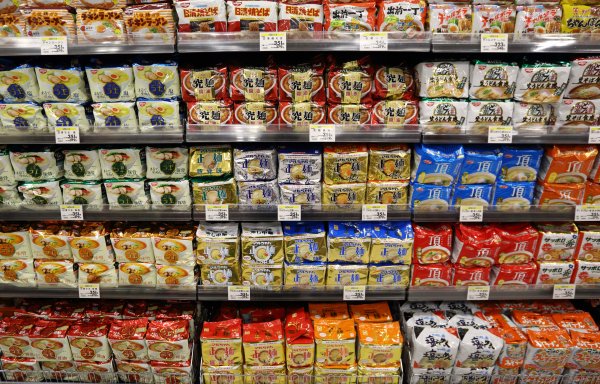 Instant Ramen Can Hurt Your Heart
Next Up: Editor's Pick