Iran's Moderate President Loses a Minister—and Some Momentum for Reform

Iran's Science, Research and Technology Minister Reza Faraji Dana speaks during his impeachment in an open session of the parliament in Tehran, Aug. 20, 2014.
Vahid Salemi—AP
By Kay Armin Serjoie / Tehran

In what amounts to a major blow against the moderate president Hassan Rouhani by hardliners in Iran, the Science and Research Minister Reza Faraji-Dana was impeached on Aug. 20 by the Iranian parliament. The impeachment, which followed months of intense lobbying to prevent it by conservatives and reformists alike, has dealt a major setback to the implementation of Rouhani’s campaign promises of a more tolerant policy in Iran’s universities.

Faraji-Dana, who had been accused by impeachers of appointing professors they deemed anti-revolutionary as ministry officials and university heads, was close to Rouhani. “Faraji-Dana was one of the president’s main ministers,” says Saeed Laylaz, a political analyst in Tehran “He had been tasked with one of the most important assignments in internal politics, but the president’s success in economics and the nuclear talks caused his political opponents to react by impeaching one of his most competent ministers.”

Iran’s universities have traditionally been a center for political activism, one many in Iranian society look at for guidance during elections and other major political events. The previous government of the conservative Mahmoud Ahamdinejad tried to depoliticize universities, especially after the 2009 post-election protests in Iran, by sacking professors and expelling students who were involved in the protests. Faraji-Dana allowed some of these expelled students and professors, labeled as seditionists by conservatives here, back into the universities—something he was heavily criticized for by conservative parliament members.

Rouhani, reacted swiftly to the impeachment by appointing Faraji-Dana as his advisor in science and education affairs. While he urged academicians to respect the parliament’s decision, Rouhani also expressed regret over losing a minister whom he called as a “hardworking and esteemed colleague,” according to the semiofficial Mehr News Agency.

But the impeachment is being considered by some as motivated by more than just university politics. Many of the MPs who initiated the impeachment were from hardline political groups who had supported Rouhani’s election rival, the former nuclear negotiator Saeed Jalili, and who also oppose Rouhani’s more open foreign policy. “The success of the impeachment, which had been opposed by the main conservative faction of parliament headed by the speaker Ali Larijani, has now given the initiators the political clout to go ahead with other impeachments,” a source close to influential conservative MPs said, citing the Industry and petroleum ministers as main future targets. “Some parliamentarians also believe that the low level of interaction and communication by government officials with MPs is why some lawmakers chose to vote for the removal of the minister.”

Leylaz, who considers Rouhani’s presidency as an unprecedented historical chance for the Islamic Republic of Iran to mend deep internal rifts, expressed concern over the consequences of this impeachment. “This will create frustration among academics and students, and it will radicalize internal politics and the society.”

Others, however, believe that the debates in parliament on Aug. 20 showed a strong democratic process. “The vigorous debates between rival factions that were aired on national radio show that Iran has an open and free political process. This was democracy in action,” said Mohammad Marandi, an analyst and associate professor at Tehran University. “There won’t be a great change in the ministry policies even though the minister has been changed. What’s important is that such debates can and do happen in Iran’s politics. In the end this was just an impeachment, and I don’t think that it will cause a radicalization of the political process, nor do I think there will be a string of impeachments following it.”

Out of Gaza Conflict, Iran and Hamas Are Back Together

Rouhani, who has three months to nominate a successor to parliament, has already appointed a caretaker for the ministry, and has explicitly told him to continue Faraji-Dana’s policies. But the president’s choice for caretaker—Mohammad Ali Najafi—will likely prove controversial, as he had been previously rejected by MPs for another cabinet post due to being considered politically too close to the same `seditionists’ that caused Faraji-Dana’s downfall. While Rouhani’s economic reforms are slowly starting to stabilize the economy, and his foreign policy still has the firm backing of Iran’s supreme Leader Ayatollah Ali Khamenei, the events in Parliament on Aug. 20 show that the when it comes to trying to open up politics and the society, the hardliners intend to fight back every inch of the way. 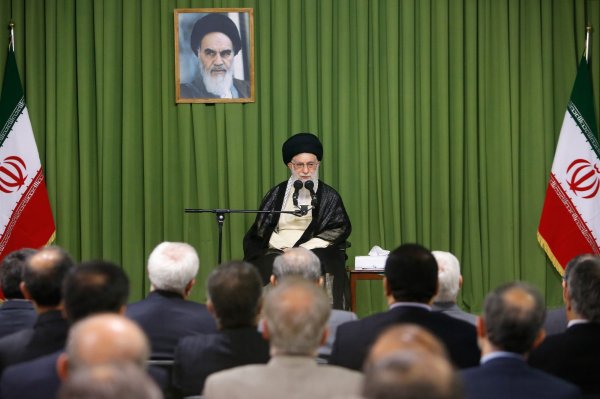 Out of Gaza Conflict, Iran and Hamas Are Back Together
EDIT POST