We already knew Chris Pratt could rap, French braid, be hot, be hilarious, and be adorable with pugs.

Oh, what’s that? That’s not enough for you to have a mega-huge crush on him? Well, here’s something he did that is even more amazing.

In a recent interview with Panzer TV, the actor explained that he took home the costume he wore to play Peter “Star-Lord” Quill in Guardians of the Galaxy so he could go visit children’s hospitals and attempt to brighten the patients’ days. This week, he made good on that promise by stopping by Children’s Hospital Los Angeles. Here he is, letting a patient try on his coat:

Pratt also spent some extra time with a patient named Dylan Prunty, who is a huge Lego fan and knew Pratt from his role in The Lego Movie, E! reports. They hung out and recited scenes from the film:

Alright, Pratt. We can’t possibly imagine what perfect thing you’ll do next to top this, but we have faith that you’ll figure something out. 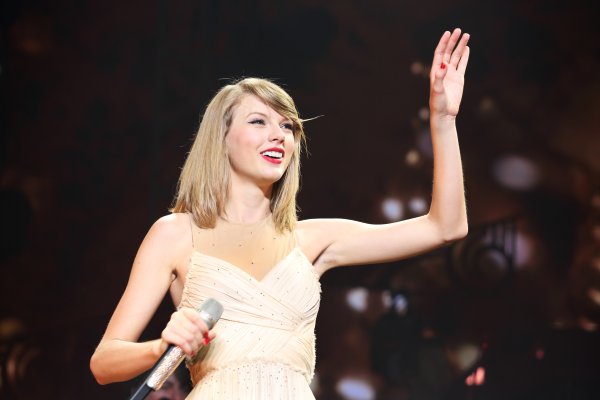 The Many Music Video Personas of Taylor Swift, From Ballerina to Stalker
Next Up: Editor's Pick