Matthew Weiner Is Wrong. The Gender Wage Gap Is Real, Even In Hollywood

In a recent interview, Mad Men creator Matthew Weiner delved into a sensitive subject about the way women are treated on the job. No, he wasn’t talking about the women who work at Sterling Cooper circa 1969. He was talking about his fellow showrunners circa 2014, who don’t earn the same amount of money that he does.

“I don’t think that’s a gender issue,” Weiner said in a recent interview with HuffPost Live. “Jenji’s entitled to every dollar but you have to fight for it, male or female. No one gives you anything.”

The Jenji he was referring to is Jenji Kohan, the showrunner of Orange is the New Black, who recently spoke out about the gender wage gap in television to The Hollywood Reporter. From the THR‘s story:

It’s apparent from her comments that Kohan isn’t pulling in the same amount of money as Weiner, but is the Mad Men producer correct in his belief that gender had nothing to do with it? Considering that across the board full-time working women earn 77 percent of what their male counterparts make, is it really possible that this trend isn’t the case in showbiz? Sadly, no. While there aren’t hard, public figures for many of the people who work in the film and television industries, there is enough information out there that gives a strong indication that a discrepancy does, in fact, exist.

Weiner suggests in the HuffPo interview that if only Kohan was fighting for a higher salary — like he has throughout his career — than she’d be getting a bigger pay-check. But that logic falls flat when you consider the fact that Kohan likely has fought throughout her career, in ways that Weiner might not be able to imagine, to just get her foot in the door at all.

Kohan is repeatedly ranked among the best showrunners working right now, but she’s also one of a handful of women working in the field. Take a look at THR‘s list of the top 50 TV writer/producers of 2013: it features a total of 14 women on it, and many of them work as part of a team with a man. (Weiner and Kohan were both named.) If you’re part of a vast minority working in a hugely competitive industry, it’s likely that you already had to work pretty damn hard to be there. To suggest otherwise smacks of unacknowledged male privilege. What’s more, women who work in other male-dominated fields don’t make as much as the men they work with; to assume it’s different in the television and film industry seems absurd.

Just look to other areas of show business for a clearer idea. Women behind the camera in the film industry are also a tiny minority. According to San Diego State University’s Center for the Study of Women in Television and Film’s annual Celluloid Ceiling survey, women accounted for only 16 percent of all directors, executive producers, producers, writers, cinematographers and editors working on the 250 top-grossing films last year. That 16 percent is part of a pretty consistent trend in Hollywood. (The Celluloid Ceiling survey has been conducted every year since 1997.)

While many of the women in that tiny minority have worked on some pretty impressive films, it still hasn’t landed them in the realm of top-salaries. A Vanity Fair breakdown of Hollywood’s top-earners in 2011 looked at the incomes of actors, directors, producers and writers to see who landed in the top 50. Only six women in total made the list, and they were all actresses. The group didn’t include a single woman director or producer or writer.

Yet even where women do seem to be pulling in top, competitive salaries — namely, in front of the camera — they still aren’t earning as much as their male co-stars. Take this year’s Forbes list for the top 10 highest-earning actors and actresses. Collectively, the top 10 highest paid men made a whopping $419 million last year. Meanwhile, the top 10 highest paid women earned $226 million — just 54 percent of what Hollywood’s actors were pulling in. For as much buzz as Jennifer Lawrence gets — with an Oscar win, a devoted fan-base and a beloved franchise under her belt — she still made $12 million less in 2013 than her American Hustle co-star, Bradley Cooper. True, these women aren’t facing any financial hardships despite the gap, but what about the women in the lesser-paid areas of the industry?

When you have a minority of women working in the industry’s top positions — and they are saying and sometimes proving that they’re earning less — than, yes, it is a gender issue. Of course, as Weiner himself points out in his interview, showrunners’ salaries aren’t typically made public. Which is too bad. If the hard numbers were out there for everyone to see, perhaps the gender wage gap — and Jenji Kohan — wouldn’t be so easy to dismiss. 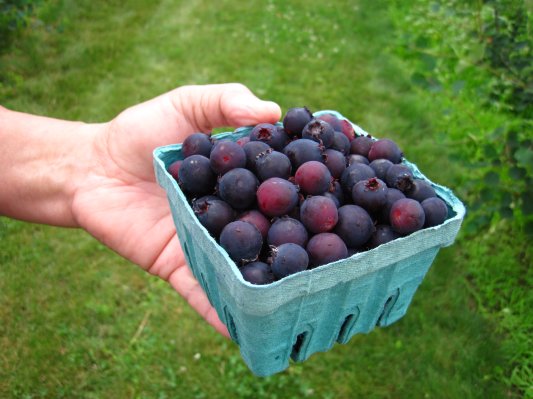 This Berry Is Causing A Super-Food War Between America and Canada
Next Up: Editor's Pick